When choosing a smartphone or tablet, you will notice that some models use Intel processors, while others are based on the competing ARM architecture. The latter camp includes the Samsung Exynos, Qualcomm Snapdragon, Nvidia Tegra, and Apple A7 platforms.

Both chip families are designed for low-power operation, to give mobile devices the long battery life they need. Technically, however, they represent different philosophies: the ARM architecture is designed to be as simple as possible, to minimize wasted power, while the Intel range uses a more complex design that benefits from compatibility with that of the enterprise (much more power-hungry) desktop and laptop processors.

It's also worth noting that ARM has been powering wearable devices for decades, while Intel is a relative newcomer to this field. For now, ARM is the dominant architecture: iPads and iPhones use ARM exclusively, as do Windows Phone devices, so if you're interested in those platforms, the distinction between ARM and Intel is currently not something you need to worry about. .

What are ARM and Intel processors?

Processors are a small chip that provide the input and output communications of a computer so to speak. ARM processors are a type of architecture and therefore do not have only one manufacturer. Apple and Android manufacturers use this technology in their mobile devices while Intel is generally used in computers.

In this article, we will go over the different differences and applications of each type.

ARM processors only use one cycle to execute a command, thus reducing functions. While Intel processors use simpler command code, it must go through several cycles before the action is complete.

Intel processors are usually found in big tech like desktop computers, while ARM is often found in mobile devices. A contributing factor to this is that ARM processors rely heavily on software for performance features, while Intel relies on hardware. 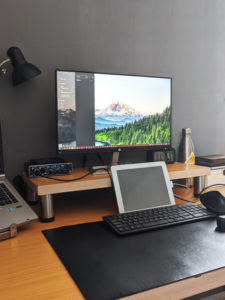 ARM (generally) performs best in small tech that doesn't have access to a power source at all times and Intel focuses more on performance making it the best processor for big tech. But, ARM is also making great strides in the tech industry and is expected to far surpass Intel by some experts in the near future when it comes to performance.

ARM processors not only use less battery life thanks to their single-cycle compute package, but they also have a reduced operating temperature compared to Intel processors. Intel processors are all about performance, and for most PC or laptop users, that's not a problem at all because the computer is constantly connected to power.

ARM processors, on the other hand, are great for mobile devices because they reduce the amount of power needed to keep the system operational and perform tasks requested by the user.

ARM chips are generally slower than their Intel counterparts. This is largely due to the fact that they are designed to compute with low power consumption. While most users wouldn't notice a difference in their respective devices, Intel processors are designed for faster computing. 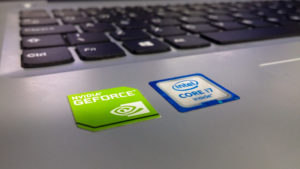 Intel was once among a handful of Android mobile devices, but ARM processors still rule this market. 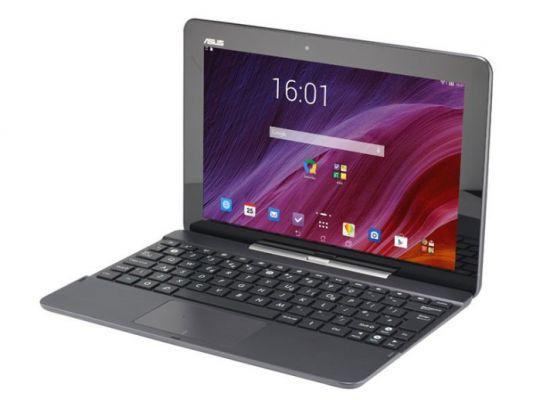 Intel-based devices can run the full range of Android apps, even those originally written for the ARM architecture. However, if an application contains ARM-specific code, it must be translated before it can be run.

Either way, Intel is trying hard to encourage developers to produce Intel-native versions of their apps. So hopefully translation will become less and less of an issue.

The processor of choice for Windows

The difference between ARM and Intel also deserves special attention if you are planning to buy a Windows tablet. Here, Intel is the dominant architecture – in the past, if you chose an ARM-based tablet, you got a scaled-down variant of Windows called Windows RT, which can run full-screen apps from the Windows Store but not regularly. desktop software.

In 2022, things changed with the release of the Surface Pro X. Although the tablet's chassis hasn't changed much from previous versions, Microsoft hasn't ditched the ARM processor. The Surface Pro X is a tablet with an ARM processor that runs full Windows rather than a watered down version.

The app frees users from a selection of Microsoft Store apps only to more apps with a single limitation. To run apps on the Surface Pro X, users need to find the 32-bit compatible app, as 64-bit versions are not yet compatible. We're glad to see that Microsoft isn't ditching ARM processors as part of its mobile product lineup, but there are still a few things that can get in the way of your ability to use it.

Depending on what you need your Windows tablet for, the ARM processor may work just fine. But, if you're a gamer or want more from your tablet, it's probably best to stick with Intel.

Which processor is the best?

At this point, ARM and Intel processors have their own pros and cons. Deciding which one is right for you largely depends on what you want to do with your tech devices and their compatibility with other hardware and software.

The past two years have upset people who were adamant one way or the other. Intel-based Macs will soon be released with Apple's own ARM processors, while we've seen big things coming from Microsoft. Only time will tell, but there are constant improvements in both processors, meaning what's great now may not be so great a year from now. With Apple's M1 chip hitting the market in 2022, the company says this ARM chip will produce twice the power for a third of the battery drain.

add a comment of ARM vs Intel processors: what's the difference?