One system dies, another grows stronger. The end of support for Windows XP was scheduled on the same day as the arrival of update 1 of Windows 8.1, the first major update since the arrival of the last Microsoft operating system. After looking at the many questions about the end of XP in an FAQ, let's see the questions raised by Windows 1 update 8.1.

We will talk about the changes made by Windows 8.1 but especially about how to install this update from your current system. How to do or not to do, to get what in the end and what is the next update that Microsoft is preparing?

When can I get the update?

You can already do it when we publish these lines. The official update date was set for April 8 and Your country users can install it from the evening of this first day (because of the time difference). Today it has already started streaming and appears in available updates.

How much does it cost ?

How to install the update? How big is the file to download?

The update is installed through the Windows Update service which automatically and regularly checks for updates. To trigger the update manually, go to the computer settings under "Update and recovery". But be careful, you must have a version of Windows 8.1 (and not Windows 8). The update does not install automatically but Windows says that "you can install other updates".

By accessing the details we can learn that the update weighs some 887,6 MB, so you will need a good connection... or be patient to download it. Select and click "Install" to start the process.

Can we not install the update?

It is possible not to install the Update 1 update of Windows 8.1 because it does not trigger directly at the moment and according to the first observations. However, if Microsoft decides to distribute it automatically, the Windows Update automatic updates service should be deactivated. However, this measure would endanger the system which will not receive security updates either. On the other hand, the update brings some rather interesting changes, why not?

What will the update change?

This update brings several changes, we talked about it by providing several images of Windows 1 update 8.1: the arrival of shortcuts to the Windows Store and other applications in the taskbar, the display on the desktop, always in the taskbar when they are in use or the possibility of closing or minimizing applications with the mouse thanks to a control bar.

On the "Modern" home screen side, a stop button appears, a tile for direct access to the settings as well as a contextual menu when right-clicking on the tiles. 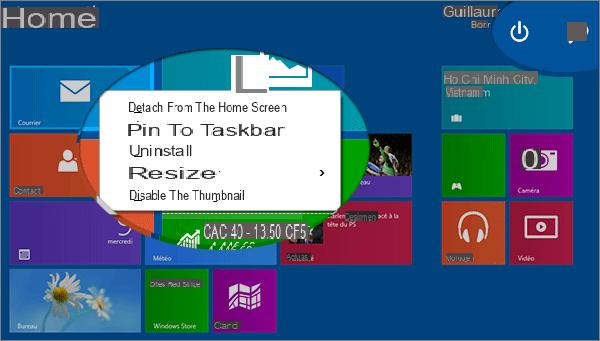 Will I find the start menu of Windows 7?

The return of the start menu is indeed a Microsoft project that has caused a lot of ink to flow since the arrival of Windows 8. Unfortunately, this change is not on the Windows 1 update 8.1 program, you will have to wait until until the next major update.

Should I take any precautions before installing the update?

Any major update requires taking precautions, ie backing up your most important personal files on an external medium (USB key, DVD disc, external hard drive, etc.). However, the advice is valid in all circumstances, a failure of the system or a hardware element of a computer being rarely foreseeable.

How to suppress the display of applications in the taskbar?

If you use many applications simultaneously, you may be bothered by their presence in the taskbar. It is possible to do without this new feature by right-clicking on the taskbar to access "Properties". There you will have to uncheck the option "show applications in the taskbar". 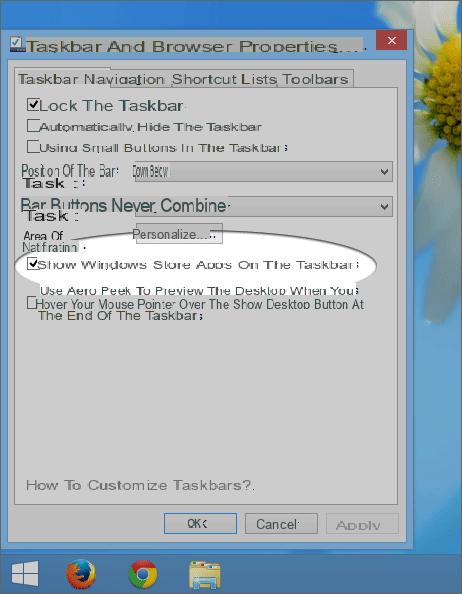 It's hard to say when the next major Windows 8.1 update will take place. If we are to believe the rumors concerning Windows 9 which should be released in the spring or summer of 2015, we will only have to wait a few months. It is unlikely that Microsoft will offer a major update and a new operating system simultaneously. This next update should bring back the start menu that disappeared with Windows 8 and the windowed mode of applications distributed via the Windows Store, that is to say the possibility of using them directly from the desktop.

Until then, for any advice on installing this Update 1 update or getting your system to work, please don't hesitate to ask the community for advice in the forums dedicated to Windows 8/8.1.
Audio Video FAQ Update 1 Windows 8.1: how to download, install...
Fate Grand Order Tier List – A Complete List ❯