The Nokia N900 is an interesting device. It brings together in a large black block the functionality of a smartphone, an Internet tablet and a laptop computer thanks to its operating system which is none other than GNU/Linux. It is currently the smartphone for geeks par excellence; it makes it possible to operate operating systems for which it was not intended, such as Android natively or Windows indirectly. I knew it was possible to install Windows 3.1 on this phone and wanted to experience it myself. 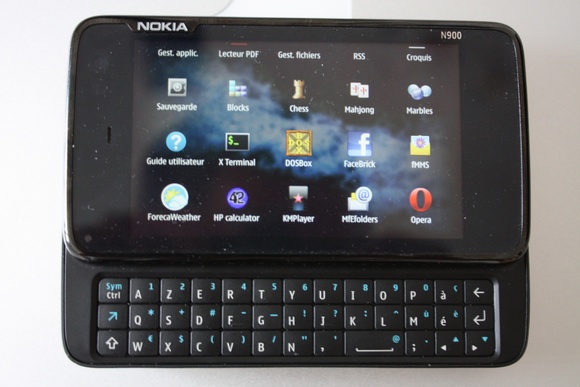 Don't remember Windows 3.1 or have you never used this system? Little reminder. This 16-bit system for x86-compatible processors released in April 1992 is the successor to Windows 3.0 (minor version) and versions 1 and 2 which I have already told you about on the blog. It is also the predecessor of the famous Windows 95. It is basically a graphical interface launched from the MS-DOS (or compatible) operating system. 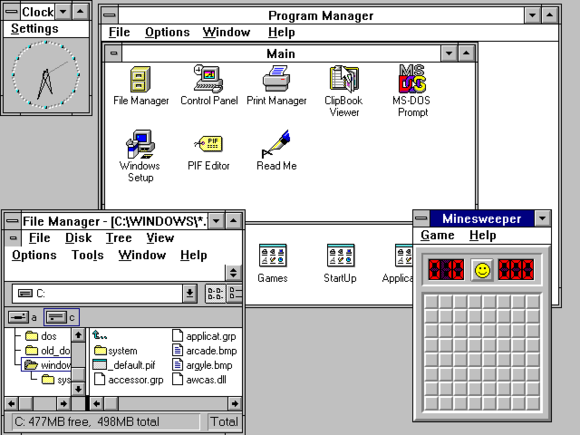 At the time, Windows 3.1 was not available for (legal) download from the Internet or sold on CD or DVD. No, the floppy disk was required. So I had to go looking for usable Windows 3.1 floppies. Once these were retrieved (you will find that this is an OEM version of Windows, customized by a manufacturer), I extracted their contents into a directory and copied this directory to the N900. Windows 3.1 is intended to install on an MS-DOS compatible system. Given the hardware capabilities of the N900, there is no need to think about installing an emulator then installing MS-DOS then Windows. This is where DOSBox comes in. It is a program that emulates an x86 compatible machine running MS-DOS. In the past, DOSBox allowed Windows XP, GNU/Linux or Mac OS users to play games designed to run under MS-DOS. Luckily, DOSBox also exists for the architecture of the N900 processor and it is this emulator that I used to install Windows directly.

Let's go through the DOSBox configuration to arrive at the installation of Windows 3.1. All I had to do was launch DOSBox freshly installed and configured, go to the directory where I had copied the contents of the diskettes and launch the Windows installer (INSTALL.EXE) and leave the default options. 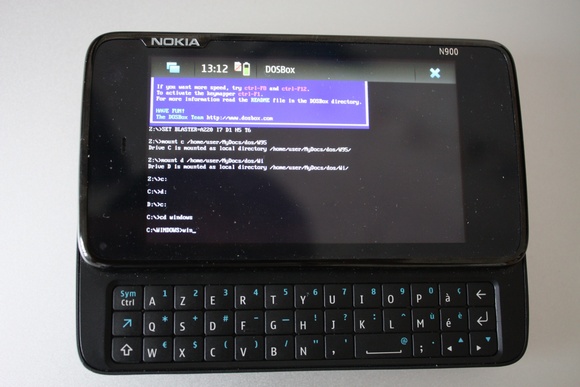 Once the installation is complete, simply restart DOSBox and launch Windows. Do you remember the procedure? I refresh your memory... It is the WIN.COM program which was in charge of launching Windows. If the Windows installation directory (usually WINDOWS) was in the search path (the PATH variable) it was enough to type "win" to launch Windows. Otherwise, you had to go to the appropriate directory to launch the executable or launch it by entering its path. But then, what does Windows 3.1 look like on the Nokia N900? Rather than a long speech, take a look at the photo below. 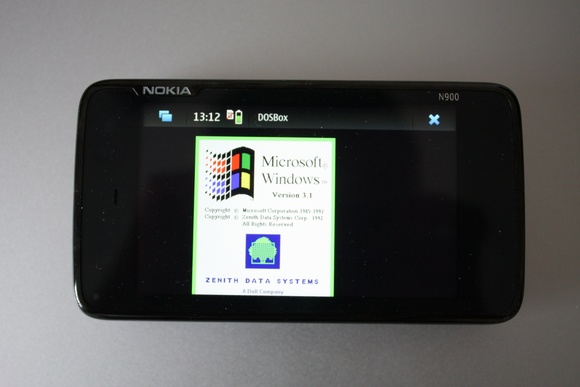 Level use, it is less glorious. The system is keyboard-operated, but the layout of the keys in the Your Country version complicates everything. Similarly, mouse control via the touch screen is laborious because the cursor does not follow the finger at all. And the system is rather unresponsive. 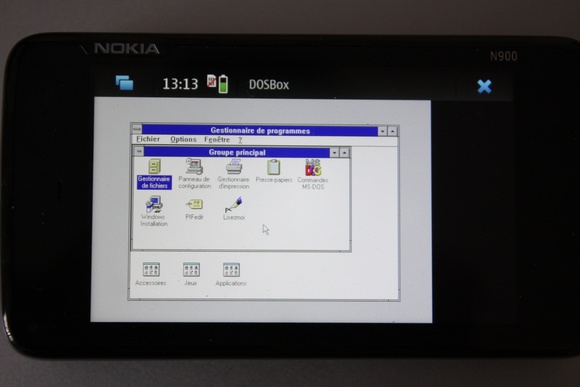 add a comment of Geekerie: install Windows 3.1 on the Nokia N900