Genshin Impact: How to Open Settings

What do you do in Genshin Impact when you want to change the resolution or your controls? You head straight to the Settings menu and make your changes. As a AAA title, Genshin Impact features a high degree of customization.

Knowing how to open Settings in Genshin Impact is crucial to improving your gaming experience. If you need to adjust something, this article will show you how. We will also answer a few related questions.

How to Open Settings on Genshin Impact

As Genshin Impact is available on many different platforms, the exact methods for opening the Settings menu will be different. The game calls the Pause Menu the Paimon Menu, named after your little helper you meet right after you start playing.

Here's how it's done on each of the major platforms.

On PS4 and PS5, games are usually paused by pressing the Options button to the right of the controller. You can find it right next to the triangle button and above the right joystick. Press it to pause the game and bring up the Paimon menu.

In the Paimon menu, you can move the left control stick down until you reach the gear icon at the bottom. It's the "Settings" icon, and you just have to select it. From there, you will be taken to another menu.

In the settings menu, you can change your controls, resolution, and other settings as you see fit. The PS4 and PS5 also allow you to use a keyboard and mouse for Genshin Impact. Originally you were stuck with the default keyboard commands, but an update has since allowed different key combinations.

Using a keyboard to play Genshin Impact on a PS4 or PS5 will provide more accurate options, which is why some players do it. The controls are similar to playing on Windows, which we'll discuss below.

A powerful computer will make Genshin Impact magnificent since miHoYo has spent a lot on aesthetics and graphics. Being able to use a keyboard and mouse is also great for MMORPGs, and Genshin Impact is no exception.

Here's how to open Genshin Impact Settings on Windows:

On PC, you can also use a controller to play the game. The steps to change your settings should be the same as in the section above. However, depending on your controller, the exact buttons to press may differ.

You can connect many types of controllers, such as Xbox One/X/S controllers, PS4/PS5 controllers, and even third-party joysticks. As long as the game recognizes the controller and associates with it, you can play with a controller on PC.


You also have more control over graphics on PC. Since Windows PCs tend to allow you to adjust the screen resolution from SD to HD and above, you can adjust it so that your computer is not overloaded.

Playing on Android will require you to use the touch screen to control the character. Since everything is on the screen, you can mistakenly press the wrong button. miHoYo decided to assign the Paimon menu on Android by pressing Paimon instead.

Its icon is located in the upper left corner, a little to the left of the map. Since you have nothing to press on during combat, placing the Paimon icon there is a great way to avoid accidents.

Here's how to access the Settings menu on Android:

On Android you have some control over the graphics, but not as much as on Windows. You can select graphics qualities from lowest to highest or something custom. You can also adjust the FPS values.

These and other graphics settings should only be set to maximum if your Android device is powerful. We recommend lowering the graphics for lower phones as they might not run higher settings smoothly.


If you notice frame drops and lags, we recommend lowering your settings so the game can run smoothly. These hiccups can kill you in-game or make navigation hellish.

Genshin Impact is also available on iPhone and other iOS devices. The game is functionally identical to its Android version. You can use the same commands as on Android.

Here's how to adjust settings on an iPhone:

You can access the same graphics settings on iPhone that we talked about in the Android section. iPhones are fine for gaming, but they can still heat up quickly. Therefore, we recommend setting your graphics to medium.

Having settings in between won't ruin the aesthetics of Genshin Impact too much, and you won't risk your phone becoming an oven. If your phone is getting hot, it means it is having trouble running the game. You will also find it uncomfortable to play on your phone when it is hot.

What can you adjust in the Settings menu?

Some of the aspects you can adjust in Genshin Impact's Settings menu are:

Depending on your platform, there are other settings in these categories. For example, on PC, you can choose to enable V-Sync, Motion Blur, etc. Mobile and PS4/PS5 platforms have fewer options overall, but the general menu structure is the same.

How do I adjust my Genshin impact window?

Before launching the game, you can configure the graphics settings outside of the game. This allows you to adjust them.

2. Hold down the “Shift” button and click on “Launch”.

3. Hold down the button until the Configuration window appears.

4. You can adjust the resolution and choose full screen or windowed in this menu.

This is a convenient way to adjust the graphics of the game without launching it first.

Sometimes the launcher window appears too big for your monitor, so you can't play. Don't worry, we have a way to fix this problem.

1. Right-click on your Genshin Impact shortcut. 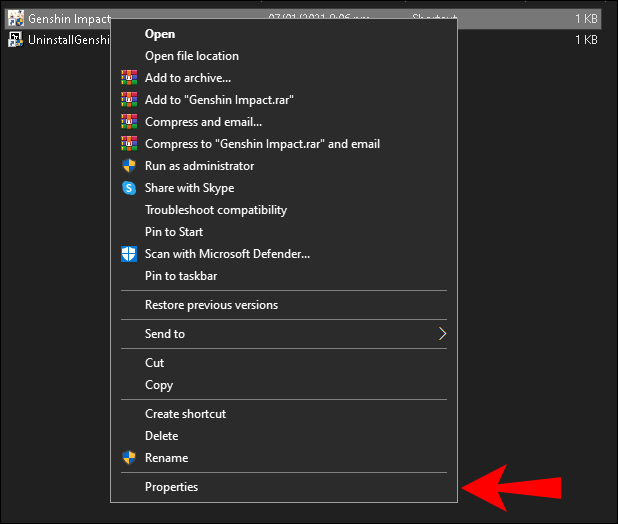 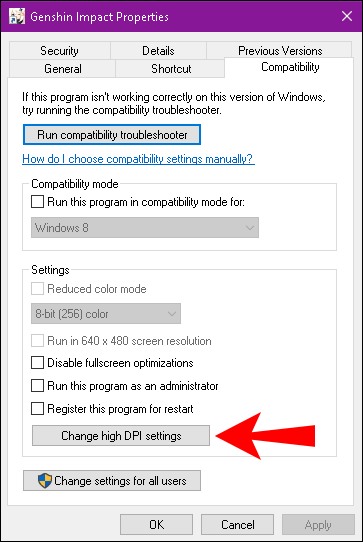 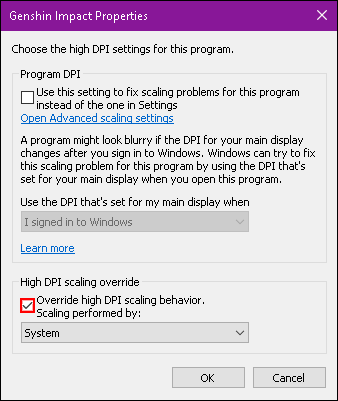 6. From the drop-down menu below this line of text, select “System”. 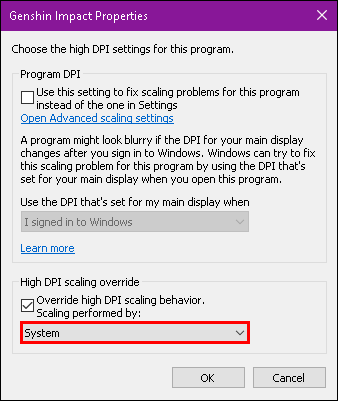 7. Click OK and start again on the next page. 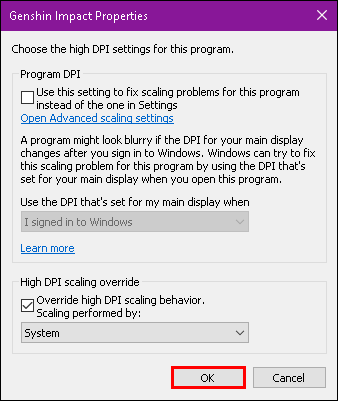 8. Restart your PC and the problem should go away.

Will Genshin Impact be on Switch?

Genshin for Switch is under development. However, the game encountered some difficulties regarding the Nintendo Switch hardware. The developers said some of the issues they encountered included microtransactions and more.

The Switch version has been in development since January 2022, but at the time of writing there's been very little news about it. We imagine it will be some time before it becomes available. Upon its release, all Genshin Impact fans will rejoice.

How can your computer run Genshin Impact so well?

Knowing how to open Settings in Genshin Impact is important because you can make your experience even more memorable. miHoYo has invested a lot of resources in creating a beautiful game with lots of customization options. You should take advantage of the settings menu.

What are your graphics settings for Genshin Impact? What platform do you prefer to play the game on? You can tell us in the comments section, we are excited to read it!

Audio Video Genshin Impact: How to Open Settings
Gif not working in Instagram – What to do ❯

add a comment of Genshin Impact: How to Open Settings