The world of Genshin Impact is full of hidden wonders, and the music is conducive to exploring those wonders. In April 2022, the game developers introduced a way for players to participate in the music of this wonderful world with the Windblume Festival. During this event, players were able to obtain the Wind Song Lyre to create their own music.

But what good is a lyre if you don't know how to play it? 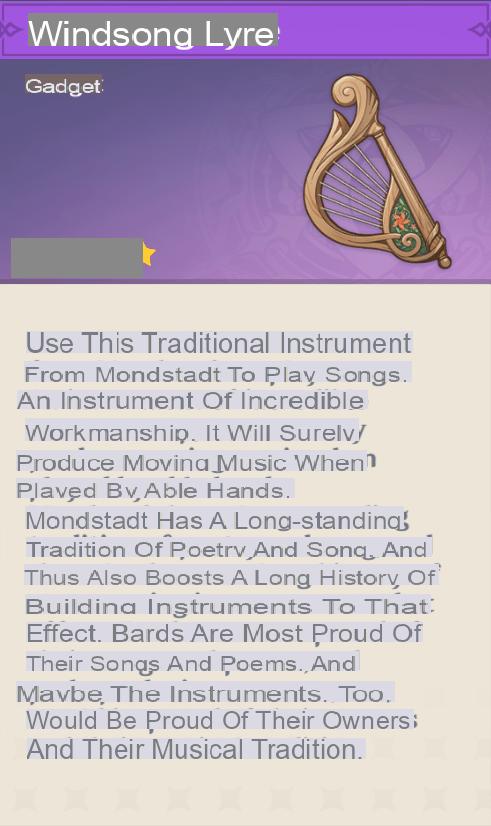 The event is long over, so you can't get one now. However, if you were lucky enough to get a lyre during the event, you can still play it – and we'll show you how. There are plenty of songs to play on it, from classics to catchy tunes. Keep reading to find out how to create your own music in Genshin Impact.

How do you get the Windsong lyre?

The Windblume Festival in April 2022 allowed players to win tour tickets in exchange for a Windsong Lyre. Players got the tickets by playing minigames like Ballads of Breeze and Floral Freefall. After winning 280 tour tickets, players were able to redeem them for their very own Windsong Lyre. 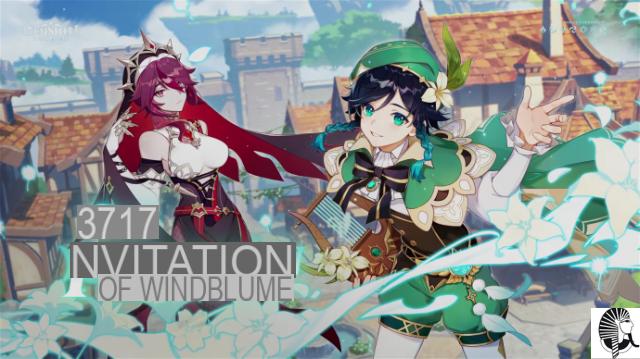 As the Windblume Festival ended some time ago, no one can get new Windsong Lyres. That said, players who have purchased them can play them whenever they want, as they remain permanently in inventories.

On a console, notes are mapped to the D-pad and four buttons on the right. To switch from higher notes to lower notes, you can press L1 and R1 respectively. 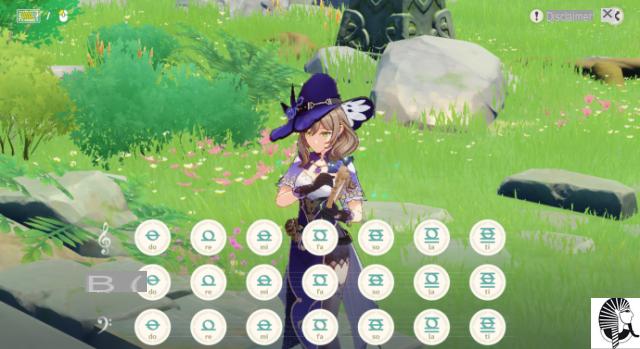 If you are playing on a mobile device, all notes are displayed on the screen. They are divided into three rows for three octaves.

The Lyre, however, does not have access to semitones or seminotes. Due to this limitation, the Lyre cannot play all the songs in the world and you may need to adjust them accordingly.

How to use the Lyre Bot in Genshin Impact

There's a program called LyreBot made by someone who goes by "ianespana" on GitHub and u/Héraclès421 on Reddit. LyreBot works by playing MIDI files as keystrokes in Genshin Impact. It's actually a macro program that works with the game's Windsong Lyre.

LyreBot only works on PC because it responds to keystrokes, and the creator only intended it to be used on PC.

To use LyreBot for Genshin Impact, follow these instructions:

LyreBot also works with external MIDI devices such as keyboards and electronic wind instruments. To use a MIDI device, follow these steps to get started:

LyreBot is a great idea, but according to the Terms of Service, third-party software is prohibited. If you intend to play Genshin Impact with LyreBot, you do so at your own risk. The possible outcomes if you get caught are:

Although LyreBot is third-party software, it does not manipulate the game code in any way. Some claim that the bot does not violate the terms of service, but “…to exploit the game” is very vague. So you might want to be careful while using LyreBot or any other third party software in the game.

What is the Windsong lyre used for?

The Windsong Lyre is purely in-game for players to play their favorite tunes. It's based on an actual lyre. The in-game instrument mirrors many of the characteristics of its real-life counterpart.

In the game it is classified as a gadget and you need to equip it to start playing music. However, it does not play semitones.


What are the best Genshin Impact Lyre songs?

While "best" depends on the listener, there are several songs that people like to play on their Windsong lyres. They range from radio classics to songs associated with online meme culture. As the Windsong Lyre is quite limited, you cannot play whole songs but only sections.

Let's take a look at some of the best songs you can play.

Rick Astley's classic song plays well on the Windsong Lyre. The Rick Roll, as the internet calls it, has always been a staple in video games. You can always trick your friends into listening and then "Rick Rolling".

Many gamers have heard of John Denver's Take Me Home, Country Roads. Due to a particular movie released a few years ago, the song has seen a boom in popularity. Today, you can play the song in Genshin Impact without issue.

· The State Anthem of the Soviet Union

Another internet meme, the National Anthem of the USSR has been a staple of online culture. It has been used in many meme videos for years. Like "the Rick Roll", playing the anthem of the USSR is perfectly possible with the Windsong Harp.

Frank Sinatra's masterpiece Fly Me to the Moon has stood the test of time and remains popular today. This jazz standard is a must for any jazz musician.

You may know this song as Coffin Dance. It's easy to play, and the Windsong Lyre handles it beautifully.

Any gamer prowling the internet and YouTube will instantly recognize the opening notes of "Megalovania" from "Undertale." You don't have to play the whole song, but if only a few notes can make you laugh.

The Windsong Lyre can play Ganyu's theme. Its simple melody reminds players of the game's ubiquitous musical motifs. Who can say no to Genshin Impact's beautiful score?

Yet another internet classic and popular outside of it, Celine Dion's soulful voice translates well to the strings of the Windsong Lyre. It may not be able to sustain the notes for as long, but the result still sounds great.

Music worthy of an Archon

The Windsong Lyre can provide a lot of entertainment for any Genshin Impact player. Although it is not available today, there is always a possibility that the developers will bring it back. It also works with bots, although it can be a risky move.

What's your favorite song to play on the Windsong Lyre? When do you think the Lyre will be available again? Let us know your answers in the comments section below.

add a comment of Genshin Impact: How to Play Songs on Lyre