How to Check FPS in Minecraft

The block-building sandbox phenomenon known as Minecraft might not be the most visually appealing game, but it has its fair share of loyal fans. And despite its retro-style graphics, the game is one of the most resource-intensive in the gaming industry. You might think your device should handle it well, but FPS drops are all too common. It might be worth checking your FPS from time to time. You can use the numbers as a reference when adjusting your video settings or GPU settings to improve your gaming experience.

Here are the ways to check your FPS in Minecraft on most platforms.

How to Check FPS in Minecraft on a Mac

Mac computers do things differently, so they are expected to have different shortcuts than their Windows counterparts when trying to perform an action.

You can press FN + F3 on a Mac to bring up the debug window and check your Minecraft FPS. 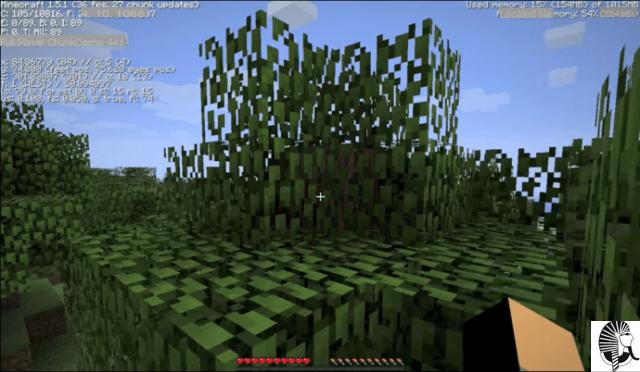 How to Check FPS in Minecraft on Windows 10 PC

Windows 10 lets you check FPS in games without third-party software if the Xbox Game Bar app is enabled. If you have Game Bar enabled, follow the steps below:

Once the Performance floating panel appears, you can customize it to show only the stats you need.

FPS is found under the Performance tab and is the fifth option in the list after CPU, GPU, VRAM, and RAM usage figures.


Also, you can pin the performance overlay to make it visible at all times or unpin it and display it as you wish.

How to Check FPS in Minecraft PE

Because Pocket Edition tends to have much smoother graphics than the original PC version, more gamers are choosing to play the game on their phones and tablets.

But the gameplay itself can be disappointing if you don't have a powerful device.

Luckily, you can tweak the settings and get more performance. It's best to check your FPS counter and see if your tweaks have had the desired effect.

To enable FPS in Minecraft PE, you can install the Game Booster app from Google Play. This is an Android game launcher app that enables FPS monitoring in games that don't have it as a native feature, like Minecraft PE.

Simply sign into your Google Play account, find and install the app, and use it to launch and manage Minecraft PE. You can also do this for other games, making Game Booster a handy tool, especially on older smartphones.

Keep in mind that you can only get a maximum of 60 FPS in Minecraft PE when playing on a default mobile device. However, if you are playing using an emulator such as Bluestacks, the game may run at higher FPS depending on your hardware.

How to View FPS in Minecraft Education Edition

If you have a dedicated GPU from Nvidia or AMD, you can use the native software to enable FPS overlay. This will display the FPS at the top of the game window. Note that this should apply to all other games while playing. 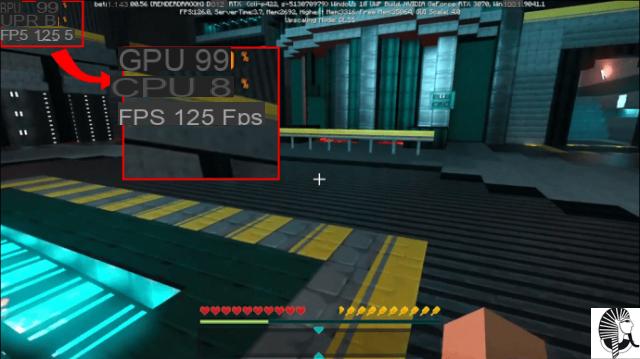 Other options include third-party apps, like the popular RivaTuner graphics card utility software, which works with all GPUs and has an FPS overlay option.

How to Check FPS in Minecraft Bedrock

Just like the Education or PE edition, Minecraft Bedrock does not have a native built-in FPS counter.

However, you can use software like Nvidia GeForce Experience or RivaTuner. You can also use the Xbox Game Bar by pressing Windows key + G (default) to bring up the Windows performance overlay. 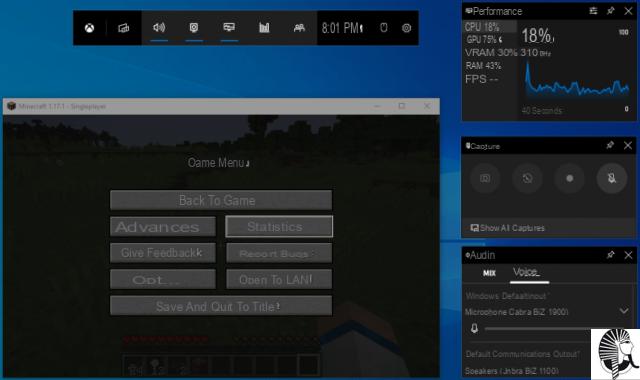 How to see FPS in Minecraft OptiFine

OptiFine is one of the most popular Minecraft mods. It allows users to easily change a wide range of settings and can display an FPS counter. This is how you see your FPS with this mod:

If you find that your FPS is limited, return to the Video Settings menu and move the Max Framerate slider to the desired target.


How to Check FPS in Minecraft Tlauncher

Although Tlauncher is not supported by Mojang or Microsoft, it is undoubtedly one of the best launchers for gaming. It improves performance, lets you switch between different game versions and gives you more control on the settings.

Here is how to check FPS using Tlauncher.

Be sure to select the maximum possible frame rate in the Settings menu to avoid being capped.

Keep in mind that there may be issues when using Tlauncher instead of the game's original launcher, such as being unable to access some official servers. That said, you can still use your account login credentials.

How to increase the FPS of Minecraft?

Both the Java and C++ editions of Minecraft consume a lot of resources. While the latter is more forgiving on older system setups, it can still cause FPS drops when you least expect it.

Usually, running the game in full screen mode will allow your FPS to be smooth and minimize drop spikes. Lowering the video quality settings and minimizing the FOV can also help you gain some FPS.

Why is my Minecraft FPS low?

Default game settings can cap your FPS at 30 or even 60 frames per second. Check the Video Settings menu and look for the "Max Framerate" option. Drag the slider to the right until you reach the maximum to remove FPS limitations. This should increase your FPS counter if your device is powerful enough.

There's no joy in getting blasted by a creeper on hardcore just because you dropped some FPS trying to reach higher ground. Monitoring your FPS is very important in Minecraft, although surprisingly many versions of the game don't offer a built-in monitoring feature.

However, the plethora of third-party apps, GPU software, and built-in Windows performance trackers can help you see how your rig is handling the game. Once you get real-time numbers, you can start playing with it. your video settings, GPU configuration and try various tricks to improve performance.

Hope this guide answers your questions regarding Minecraft FPS meter display. Please let us know in the comments section below if you know of any other tools that help you accomplish this task on any version of Minecraft. Or share with us your tips for getting triple-digit FPS.

add a comment of How to Check FPS in Minecraft