How to Compare the Speed ​​of Your Hard Drive or SSD 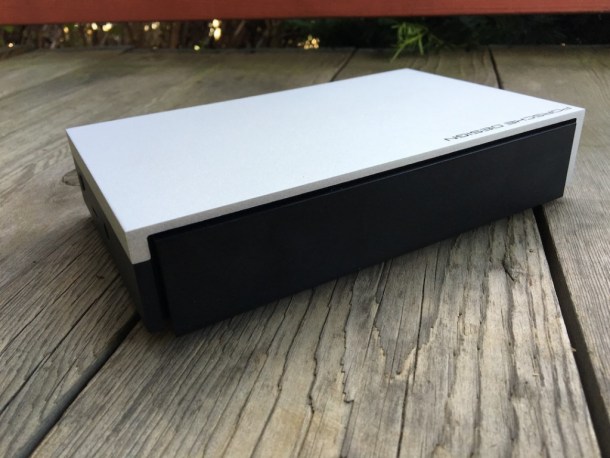 Benchmarking has been a popular way to test performance or hardware for years. This is mostly the case for CPUs, but you can also compare other hardware components, including your hard drive and SSD. Follow along and we'll show you some reasons why you might want to compare your hard drive or SSD and some tools to do so.

To give you a quick overview of what to expect when evaluating a hard drive or SSD, one of the tests will be a sequential test. It will test the sequential read and write speeds of the hard drive. Sequential read is basically a disk access model where the user accesses a large chunk of data (e.g. a movie, photos, etc.). It is usually measured in megabytes per second in benchmarking software.

Sequential write speeds are another disk access pattern used to write blocks of data to a location on the hard drive or SSD (for example, a process that occurs when you install software). This disk access pattern is similar to sequential read, except that it occurs when you write (install) large files to the drive, such as videos, music, photos, etc. This is also measured in megabytes per second.

Another test you'll find on benchmarking software is 4K (an advanced format, see definition here) random read and write. As for 4K Random Write, this is another disk access pattern in which 4K blocks of data are written to – you guessed it – random locations on the HDD or SSD. . Also measured in megabytes per second, benchmarking software will show you how fast and efficient the storage device is at saving bits of information to random locations on disk.

These are the main language elements you need to know before jumping into benchmarking software. This will help you better understand the performance of your HDD or SSD. However, it should be noted that depending on the benchmarking software you are using, you will see different tests. Some software only displays random and sequential tests, while other software also runs real-world tests (for example, how long it would actually take the user to write an ISO file (or similar file ) to a location on the hard drive).

Here are some tools we recommend you try to compare your storage device. 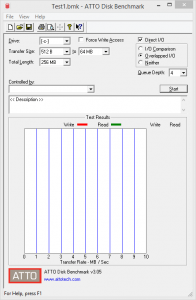 ATTO Disk is a popular and free benchmarking software recommended by different manufacturers. ATTO uses compressible data to benchmark your storage device. Now, using compressible data can boost the performance numbers, however, you can think of this as a kind of "rigging" of the numbers, as those extra performance numbers aren't always going to correlate to actual usage.

Major manufacturers use ATTO to build and test drives, offer transfer sizes from 512B to 64MB, transfer lengths from 64KB to 32GB, and even support for stacked I/O and a variety of depths queue. 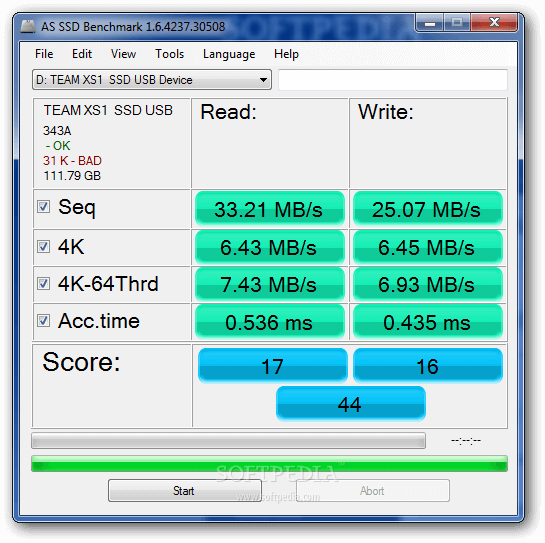 Another great option is As SSD Benchmark. It uses uncompressed data to test an SSD. This ensures that it is really put through the wringer. This, in turn, gives you slower speeds, but also gives you an idea of ​​what you'll get when you really put your SSD through its paces. 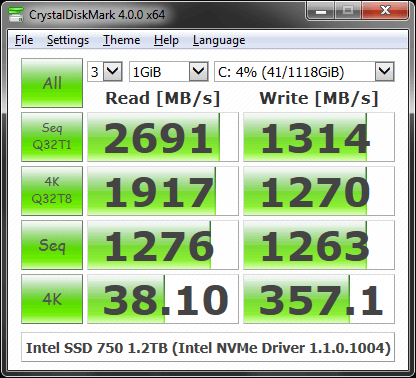 Last on our list is Crystal Disk. It basically does the same thing as the other two options here, but it's another additional choice you have. It measures random and sequential read and write performance, like the others, but also offers additional themes/UIs to choose from.

Benchmarking your hard drives and SSDs can be very useful if you just want to know how your current storage device is performing or even compare different types side by side. By using the tools above, you will be able to get an accurate overview of your sequential reads and writes as well as your random reads and writes.