How to get Primogems in Genshin Impact

Primogems is one of the main currencies in Genshin Impact. Sure, you can buy stuff with Stardust, Starglitter, and Mora, but really good stuff can only be bought through Primogems.

Getting your hands on Primogems is easier than you think, at least at the start of the game. But there is a limited amount available, especially as you progress through the game.

So, keep reading to find out where to get Primogems and what to do when you're a late game player.

How to get Primogems in Genshin Impact?

There are two main reasons why you need as many Primogems as possible. They are used to refill the original resin and to buy Fates and Wishes. Sure, you can buy Fates with Stardust and Starglitter, but they're not as plentiful as Primogems seem to be in-game. 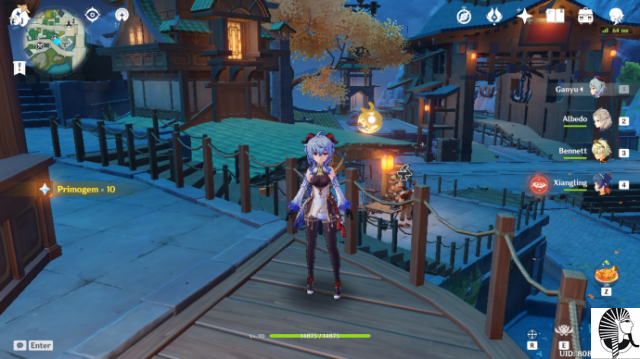 There are three main ways to get your hands on Primogems:

As you explore the world, you will come across a variety of chests. Common chests in Teyvat usually drop low-level loot-type food resources. Higher level chests like Exquisites, however, can drop a handful of Primogems that are ripe for the taking. 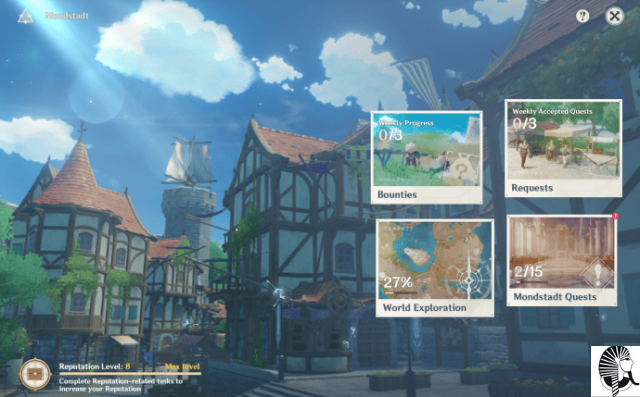 Discovering waypoints is another way to get more Primogems. Opening these fast travel portals usually doesn't yield many Primogems, but a few Primogems are better than none.

Every once in a while, game developers like to offer daily Seize the Day login perks that reward players – you guessed it! – Primogems. It's not a permanent thing, but it happens often enough that you should check the Events page every time you log in so you don't miss a thing. 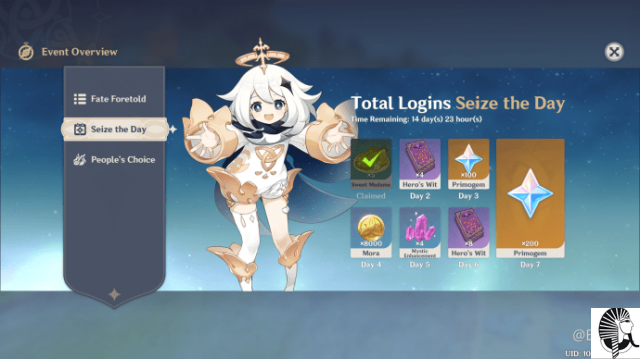 Daily Commissions can take up a lot of your play sessions, but if you're looking for Primogems, it's a good idea to complete them. These missions as well as side and world quests are a great opportunity to reap great rewards, including Primogems.

You can check if any Primogem rewards are in the cards for completing a certain mission by checking the Journal. It lists the possible rewards under the mission description.

Additionally, increasing your Adventure Rank and completing Investigations can net a few Primogems with each chapter completed. Each time you open a chest or discover a new enemy, you have the chance to earn experience points and complete one of the challenges listed in the Adventurer's Handbook.

Here are other ways to get Primogems:

If you want to add Primogem to your stores and have some cash to spare, you can also purchase Currency Packs that include Primogems like Welkin's Moon Blessing. This $4,99 renewable package includes 2 Primogems, but the distribution is spread over 700 days and is not given all at once. This means you'll get 30 Primogems per day every time you log in, for a total of 90. 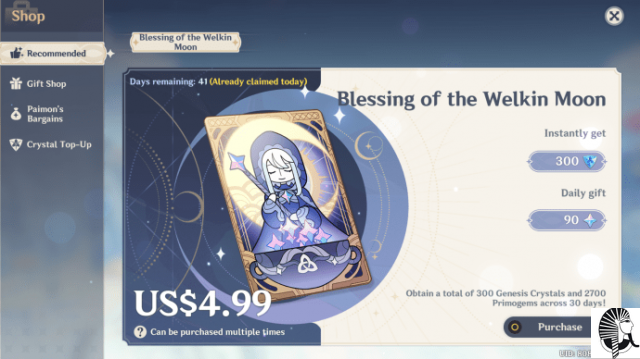 How to get Primogems in Genshin Impact Fast?

The fastest way to get Primogems if you're just starting the game is to complete the prologue and discover the waypoints and statues of the nearest seven. You receive Primogems for completing tutorials, mission prologue, and discovering new locations.

Other ways to get Primogems quickly are:

Daily Commissions can only award a few Primogems at a time, but they add up quickly and are a reliable and permanent source for this type of currency.

Codes are a little harder to come by as game developers are a little reluctant to give them away. However, if you find one that works, you can expect between 30 and 100 Primogems per code.

How to get Primogems in Genshin Impact Late Game?

As you approach the end of the game, you may notice Primogems becoming increasingly rare. Where did they go and how do you get more?

It seems that the game developers are not sparing new players and making sure that Primogems are at the forefront for any rewards when you first start the game. They hope you walk through them not understanding how rare Primogems are later in the game. That doesn't mean late-game players are out of luck, though.

Find out how to get Primogems, even late game:

You can still get Primogems by completing daily commissions. These daily missions should be one of your main ways to get Primogems, as you can get up to 60 gems every day and you won't have to pay a dime.

After reaching Adventure Rank (AR) 20, you gain access to Spiral Abyss. This special dungeon rewards players with up to 300 Primogems per floor if you can complete it with a 9 star rating. It's a single source, but it's a great way to get lots of Primogems quickly if you enter this challenge prepared. 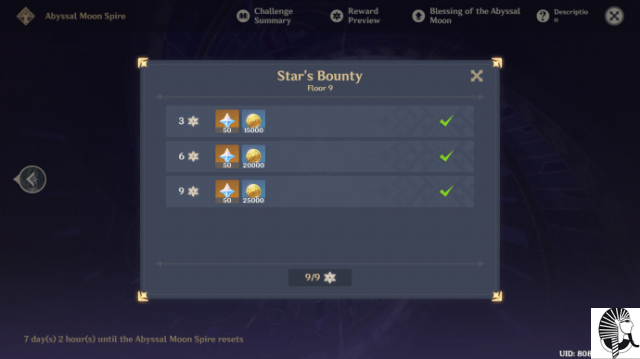 Completing Achievements is another great way to keep earning Primogems throughout the game, even in the late game, as there are hundreds of them available. You won't see hundreds of Primogems awarded per achievement, but the five to 20 you receive add up quickly. 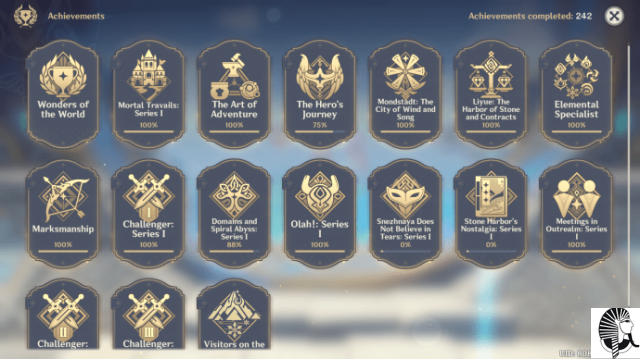 How to get Primogems in Genshin Impact for free?

There are several ways to get Primogems without spending a dime, but it's going to take some time. If that sounds appealing to you, focus on activities such as:

You can also get a special gift from the game developers once you reach certain Adventure Rank milestones. For example, some players received 50-100 Primogems just for reaching AR 20 and 25. 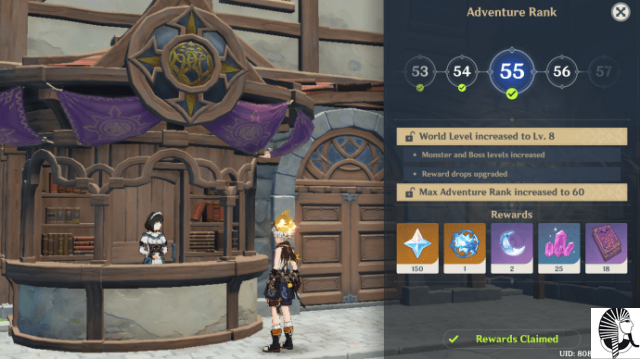 Alternatively, it pays to keep track of what MiHoYo is up to via social media or their official forums. "Free" Primogems are always up for grabs in one of their many giveaways and events.

How to get Primogems in Genshin Impact Fast in F2P?

As a free-to-play (F2P) game, Genshin Impact follows the same formula as those that came before it. You don't need to spend money from your pocket to play the game, but the developers don't make it easy to get in-game currency either.

If you're looking for ways to get Primogems fast, focus on two main strategies: Daily Commissions and Achievements. 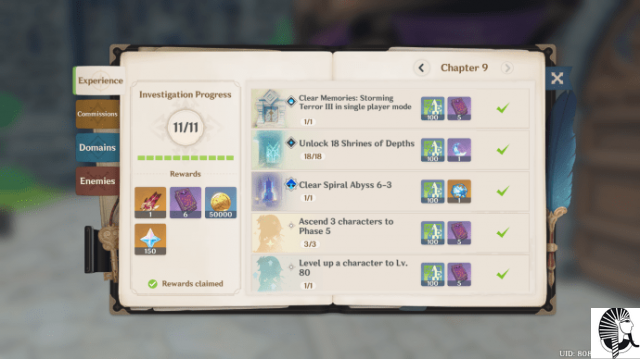 These two sources may not yield as many Primogems individually, but they can add up quickly if you devote time to them daily.

How to get Primogems in Genshin Impact early game?

At the start of the game, the easiest way to get Primogems is to complete the prologue questline and tutorials. Focus on finding waypoints, shrines, and statues of the Local Seven, as well as special chests and dungeons to obtain Primogems. When Daily Commissions become available, make it a habit to also complete them every time you log into the game.

How to get Primogems in Genshin Impact with Hack?

It's tempting to run a hack on games like Genshin Impact to get more in-game currency, but proceed with caution if you do. This violates the terms of the game agreement and if you get caught you could end up with a ban or account suspension. 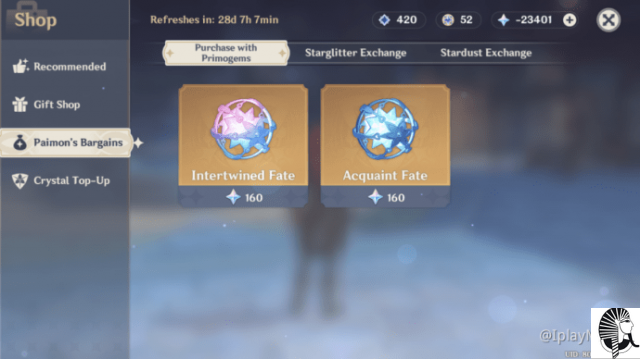 Additionally, Genshin Impact has anti-cheat software that runs in the background while you play. The software makes it almost impossible to cheat without being detected, so if you decide to try it, remember not to use your primary account.

What are Primogems in Genshin Impact?

Primogems are one of Genshin Impact's main in-game currencies. It is used to recharge the original resin and to buy wishes and fates for the game's gacha system. Most players use the gems mainly for these as it is the main way to obtain characters and premium weapons in the game.

Where to use Primogems in Genshin Impact?

You can trade Primogems in the Paimon's Bargains in-game store for Knowledge and Intertwined Fates. These fates are then used to create "wishes" in the game's gacha-style system for new weapons and characters. You can also use Primogems directly on the wishes screen if you don't have enough fates to complete the draw.

Alternatively, you can use Primogems to refill the original resin to replenish energy/stamina, but many players consider this a waste of this hard-to-find currency.

How to get free Primogems in Genshin Impact?

Primogems are often given as part of a reward for completing quests, missions, and dungeons. Additionally, you can obtain Primogems by opening chests, discovering important landmarks, and reaching specific AR milestones.

How to grind in Genshin Impact?

Grinding in the game usually means repeating repetitive tasks for experience points (or XP). In Genshin Impact, this means earning XP to advance your Adventure Rank. You can earn more XP by completing tasks such as:

• Donate and worship a statue of the Seven

• Check off the tasks in the Adventurer's Handbook

How do you get fates in Genshin Impact?

Early in the game, completing the prologue quests can give the developers a special gift in the form of enough fates to make wishes. Afterwards, fates are a bit rare.

You can exchange in-game currency for Fates in Paimon Bargains, and you'll occasionally receive them as rewards for completing quests. However, you won't often receive Fates as a reward, so don't rely on them as your primary source.

Instead, look for special events in the game. They can offer the most opportunities to get fates because the developers want you to want the newly introduced character.

Primogems may seem like a bountiful currency when you first start the game, but they become scarce quite quickly as you progress through the story. So be careful what you spend your Primogems on as it can take a while to replace them, especially if you don't want to open your wallet to do so.

What is your main source for Primogems? Tell us about it in the comments section below.

add a comment of How to get Primogems in Genshin Impact