How to Kill All Monsters in Minecraft

Although Minecraft may seem simple at first, this block-based game can require an extraordinary amount of computer resources to run smoothly. The game relies on the appearance and disappearance of certain distant entities like mobs and terrain to minimize resource usage, but that doesn't always work.

If the world you're playing in starts stuttering or dropping frames randomly, there are probably too many monsters that haven't disappeared. Sometimes these areas haven't been interacted with for a long time, while other mobs never disappear by default, such as traders.

We are here to help you kill all monsters fast using console commands. Please read our article below to find out how to exterminate them.

There is only one way to effectively remove features from the map. If you try to cross the whole world and kill the monsters manually, it will take a long time. You'll likely fail the task as mobs will spawn naturally anyway, greatly diminishing your effort.

Killing all mobs relies on using a kill command in the console. It's technical cheating in the game, but a little mob cleaning never hurt anyone if it's for better performance.

How to Use the Kill Command in Minecraft

The "/kill" command can be used to kill any entity in the game, including players, mobs, drops, and other items, useful or not. It can be extremely selective when desired, allowing you to remove only one mob at a time by typing its unique identifier (UUID) as a command parameter. However, it will delete everything when used without any other parameters, including you (the player character).

The kill command is universally available in almost all editions of Minecraft, depending on which version you're playing. Here is a quick overview:


Since the Minecraft editions for the PS3 and Wii U are very outdated, the command won't work there.

The kill command works the same no matter what edition you are playing (if available and implemented). The only differences allow the cheat system to use it.

To start using the kill command to remove mobs, you need to enable cheats in your Minecraft world. Here's how you can achieve this:

If you want to enable cheats on a world you're currently using, here's what you need to do:

In all editions of Minecraft, the command to kill everything in the world is "/kill ”. 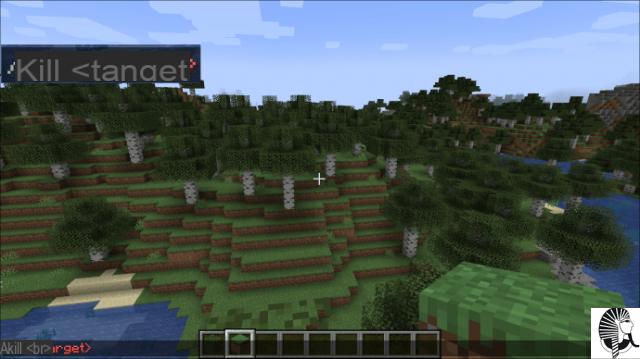 Typing "/kill" any target in the console will destroy just about anything that can be killed, including the player. However, you have some freedom to better choose your targets.

Typing “/kill @e” will achieve the same effect, but lets you play with types.

When standing in front of a mob or moveable object, typing “/kill” in the console will bring up a list of possible options, including the UUID of the target your crosshair is on. Selecting it from the dropdown list and running the command will only kill that target.

When using creative mode, players cannot be killed by this command in any way.

If you don't want to kill yourself or another player in the process of removing mobs from the world, type "/kill @e[type=!player]". Similar rules apply to other creatures and objects. 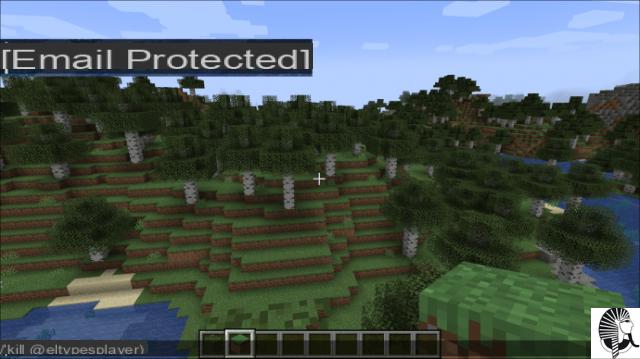 For example, the command “/kill @e[type=!player,type=!slime,type=!item,type=!cart]” will save all players, slimes, items and carts from premature demise and save you from lose valuable progress. 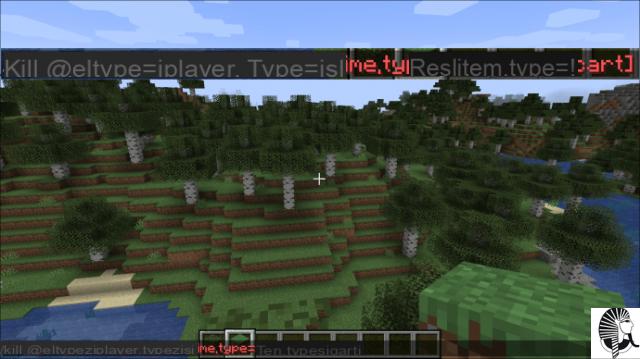 If you want to kill a specific type of mob, use the "@e[type= ”. For example, “/kill @e[type=skeleton]” kills all skeletons. 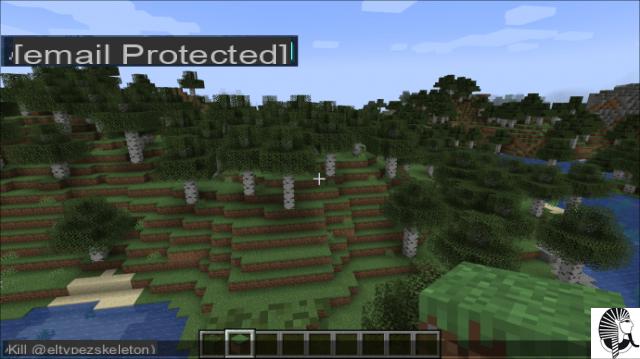 You can tinker with the command and available types.

How to enter the order

The fastest way to enter console commands is through the chat window, available on all versions of Minecraft. Here's how you open it:

Once the chat window is open, you must:

If you killed yourself, hit "Respawn" to respawn and collect all the loot you and the mobs have dropped.

Why should I kill all mobs in Minecraft?

Since the game does not persistently vanish certain monsters, it will end up taking a lot of memory and processing power to control their locations and statuses. This can cause it to stutter, drop FPS, and possibly crash due to a lack of available memory to use.

Killing all mobs essentially clears a significant amount of used memory if the world has been open for a long time.

However, when these mobs are killed, all the loot they drop will be stored in memory again, slightly decreasing the effectiveness of the command.

How can I delete leftovers after using the Kill command in Minecraft?

The fastest way to completely remove all dropped items and loot is to run the kill command again. The all-inclusive "/kill @e[type=!player]" command will reset everything but players, effectively clearing most of the memory used for storing item and mob data.

If you want to completely reset your progress, you'll need to use "/kill @e" twice, once to kill yourself and all mobs, and the second time to remove anything you dropped.

Reset the game with a Quick Kill command

Now you know how to kill every mob or item in the game via the helpful kill command. Use this power responsibly and you'll drain the game's memory to remove annoying FPS drops and stuttering. Or just go around objects and crowds. It's your call.

What other Minecraft commands or cheats would you like to know? Let us know in the comments section below.

add a comment of How to Kill All Monsters in Minecraft