How to Mirror Mac to Smart TV

The good news is that more and more Smart TVs are now compatible with Apple devices. They natively support wireless screen mirroring from a Mac and many other Apple gadgets. 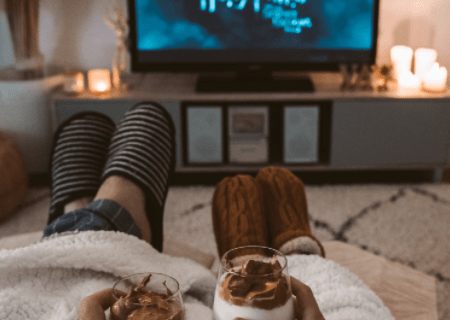 The bad news is that not all TVs are compatible with Apple. But if your TV is not compatible, you can mirror your Mac to the device via cable or third-party app.

The following sections explore different methods of screen mirroring from an Apple device to some of the most popular smart TVs.

As for Macs, devices released in 2009 or later all support AirPlay2. And that applies to MacBooks, Mac Minis, Mac Pros, etc. However, you must update your operating system before attempting to mirror the screen to ensure a seamless connection.

Assuming your devices are compatible and updated, here's how to screen mirror.

Also, many streaming apps support AirPlay and present the icon in the playback window. So you just need to click the icon to mirror the video to TV.

But what if you don't see the AirPlay icon?

Notes: These actions have been tested on a Mac with macOS Big Sur 11.6.

If you have an older Samsung smart TV, it may not support AirPlay 2. In this case, your Mac will not automatically recognize the TV.

To mirror your screen, you need to use an HDMI cable or a third-party app. Generally, mirroring via a cable is more stable – but not as convenient – ​​than using an app.

Truth be told, it's hard to find a free app that offers stable and seamless mirroring. The main problem is that there is some lag between the computer and the TV. That might not be hugely important for video streaming, but it's an issue if you need a bigger screen for productivity.

Important note: Your Mac and Samsung TV must be on the same network for AirPlay to work.

Apple had a long-standing relationship with LG, and most of the South Korean manufacturer's devices support AirPlay 2. This means you won't need to use a cable or third-party apps unless your TV has is more than ten years old.

However, you should always ensure that the TV firmware and macOS are updated. And here is how to duplicate your LG.

To disconnect from the TV, click the AirPlay icon again and select "Stop mirroring".

But what if there is no AirPlay icon? Then follow these steps:

In mid-2022, Toshiba introduced AirPlay 2 support so you can connect both devices wirelessly without third-party apps. But if you don't have the latest Toshiba Smart TV, you need to use third-party apps or an HDMI cable.

The next section gives you general instructions on how to use third-party apps, as most of them follow the same methodology.

Notes: The last step may only need to be applied once for some applications. Otherwise, you will still need to enter the code to establish the connection.

If you have Apple TV, you don't need third-party apps, cables, or anything else. Your Mac will automatically recognize the streaming device and establish a seamless connection. Here's how to use it.

Despite the wired connection, HDMI mirroring is simple and stable. Follow the next steps to establish the connection.


Depending on the operating system you're using, your Mac will automatically ask you if you want to mirror the screen or use it as a secondary display. The latter allows you to essentially have two different desktops and switch between them with swipes.

Important note: Some newer Macs don't have an HDMI output. If so, you will need to use a Thunderbolt to HDMI converter to establish a wired connection.

Unfortunately, Philips smart TVs do not natively support AirPlay 2, so you have to use third-party apps, wired connections, or Apple TV to mirror your Mac. The following sections give you a quick tutorial for each method.

This is a general tutorial that applies to most third-party apps.

Tips: Sometimes an intermediate step asks you to enter a password to establish mirroring. Do not install apps that require downloading and installing additional codecs for video or audio.

Notes: Wired connection is also possible via a Thunderbolt connection as long as your TV supports it. And the mirroring method is the same as HDMI.

Mirroring via Apple TV is very simple and you don't need any additional apps or cables. Just click Airplay in the Mac menu bar, select Apple TV, and that's it.

Mirror mirror on the wall…

The good news is that many manufacturers include AirPlay 2 support with their smart TVs. And it wouldn't be wrong to assume that it will soon become a stock standard.

Anyway, this article has given you all the methods to effectively mirror your screen regardless of the brand and model of Smart TV. But keep in mind that it's better to use a cable than an app, if only for the stability of the connection.

Have you had any problems connecting your Mac to a Smart TV?

Let us know about your experience in the comments section below.

How to Mirror Mac to iPad

How to Record Screen on iPad

How to Use a Tablet or iPad as a Second Monitor

How to Disable Wide Mode on a Sony TV

add a comment of How to Mirror Mac to Smart TV