How to quit a Discord server

Discord servers are a great way to communicate with other members. But if the server does not meet your expectations, you can consider leaving it. However, finding the option to do so is not always intuitive.

If you're wondering how to leave a Discord server, you're in luck. In this guide, we will walk you through all the relevant steps for a computer and a smartphone.

How to quit a Discord server

There are two ways to leave a Discord server: via desktop or a mobile app. Both are effective, but the steps will be somewhat different. However, if you created a server that you want to leave, the process will not be the same. But do not worry. It is possible to do it in a few clicks.

How to Leave a Discord Server You Created

Once the steps are completed, the server will no longer exist. This means that if there were other users on the server, they wouldn't be able to see it on their Discord dashboard.

How to Leave a Discord Server Without Deleting It

When Discord users create a server, they become its owner. But what if you are no longer interested in running the server but want to keep it?

Luckily, all you have to do is transfer ownership to someone else. This ensures that you are no longer running the server, but still exists for other people.

The easiest way is to do it on a computer:

Notes: Think carefully if you really want to transfer ownership. Once you do, it will be next to impossible to get the rights back unless the other person decides to transfer them.

Unfortunately, you cannot transfer ownership to a bot or practice account. If you're having trouble completing the process, you can force-transfer by contacting the Discord Support Team.

How to Leave a Discord Server on PC and Mac

Most Discord members use a PC or Mac to access Discord. If you are one of them and want to leave the server, here is what you need to do:

When users leave the servers, they don't see them in the sidebar. Furthermore, they cannot write or read messages from this server.

How to Leave a Discord Server on the Desktop

Notes: Users who leave a server can only join it if someone invites them to this server. Otherwise, the server output is final.

How to Leave a Discord Server on iOS

Some people prefer to use Discord on their iOS devices. If this is the case and you want to leave a server, see the steps below:


How to Leave a Discord Server on Android

Leaving a Discord server follows the same steps whether you are an Android or iOS user. Even if you change your phone, you will have no problem following the procedure. Here's what to do if you're currently using Discord on Android:

How to Leave a Discord Server Without Anyone Knowing

Unfortunately, there is no way to leave a Discord server without other users noticing. Everyone on the server will receive a message when a member leaves. Although the platform itself does not notify server members that you have left, it is possible that the administrators have added a bot that will.

It's really hard to avoid detection when leaving a server. However, you can create a brand new account for Discord and leave the old account as is. But this is not a good option for those who have already established a reputation. Another option would be to change your name and then leave the group. Of course, it's not the most discreet option if someone gets nosy and checks your profile.

Is there anything else we haven't answered about leaving a Discord server? Then read the next section to get your answer.

How do I leave a Discord call?

Many members use Discord not only to message, but also to make a call. However, it can get annoying when you're in a voice channel, especially if other members are talking all the time. 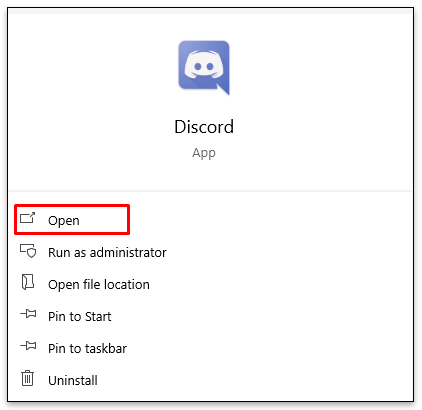 • Go to the bottom left of the screen to find “Voice Connected”.

• Tap the disconnect icon. It looks like a phone icon with an X above it.

To leave a Discord call on your smartphone, follow these steps:

• Open the Discord app on your phone. 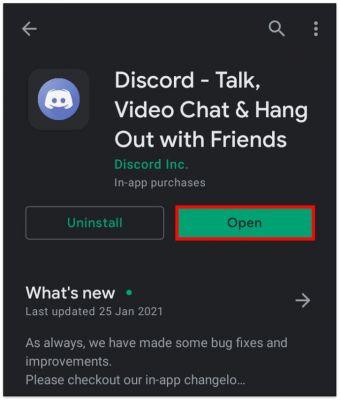 • If you are currently in the voice channel, there will be a green line at the top of the screen.

• Tap the red disconnect icon. It's at the bottom right of the screen. 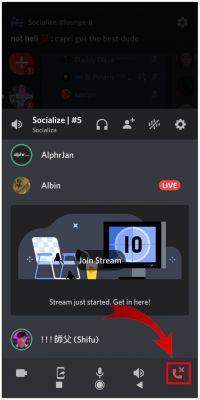 How do I add, manage, and delete roles in Discord?

Before people come to the server you're creating, it's a good idea to create some basic roles. Here's how:

• Open Discord on your device and connect to a server.

• Click on the drop-down arrow on the left of the screen. 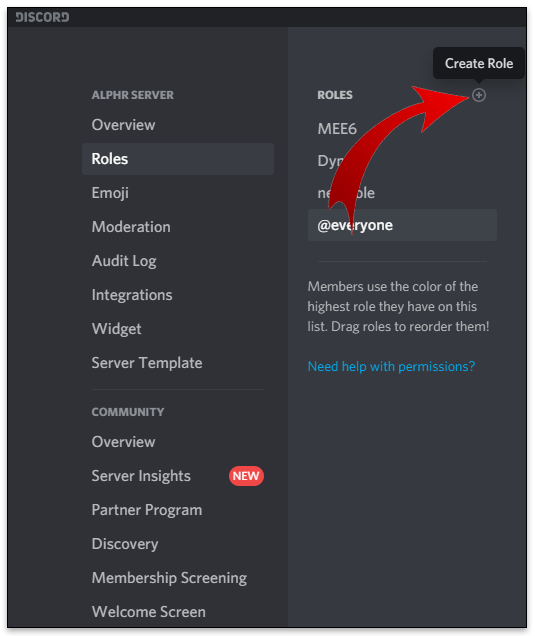 • Check 28 authorizations and activate the buttons to choose the ones you want to authorize. 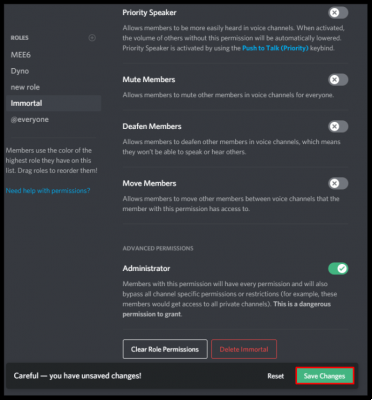 Managing roles follows the same steps as adding new roles. As the group of people using your server grows, you can add new roles and change their permissions.

And if you decide to remove some roles, here's what you should do:

• Tap the drop-down arrow next to your server name.

• Click on “Roles” and choose the role you want to delete. 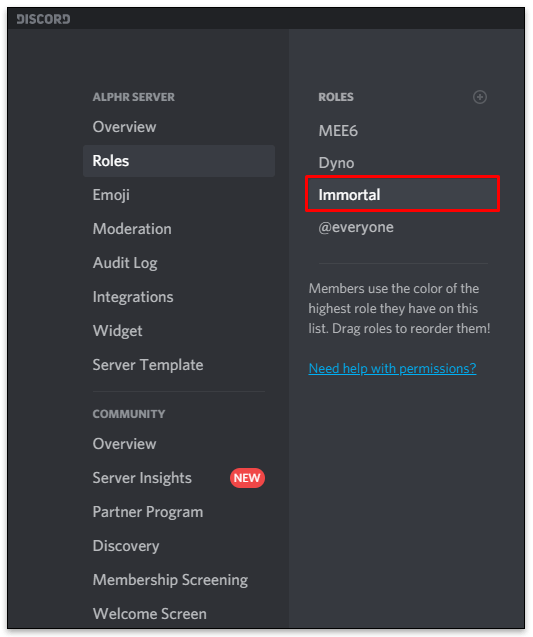 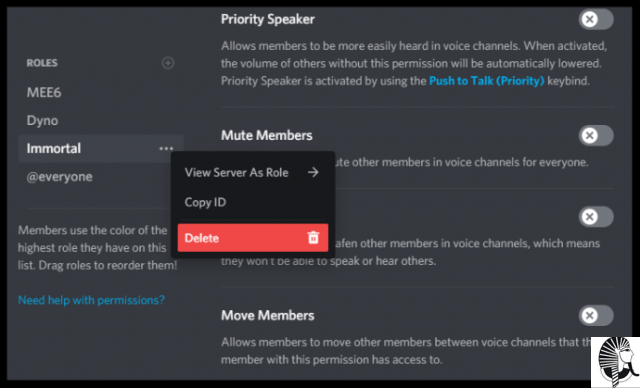 How do I delete a channel in Discord?

Are you sure you want to delete a channel in Discord? If so, do the following:

• Click the gear icon next to the channel you want to delete. 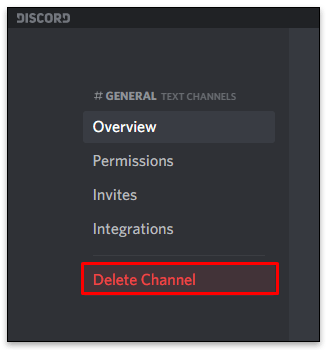 • Confirm that you want to delete the channel.

How do I delete a Discord chat?

Technically, it's not possible to completely delete a Discord chat. Instead, you can clear messages from your history. This means that the messages will not be visible on your end, but the other user will still see them. Here's how:

• Right-click the user to whom you sent messages.

• Hover over your conversation on the left side of the panel. 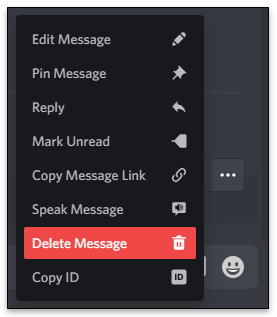 It is also possible to delete messages from the Discord channel:

• Open the channel whose messages you want to delete.

• Confirm that you want to delete the messages.

Leave a Discord server in just a few clicks

Sometimes Discord users get tired of a particular server and want to leave it. If this is your case, now you know how to proceed.

Have you ever tried to leave a server or transfer ownership of your server to someone else? How was it? And why did you choose to leave a server? Share your thoughts with the community in the comments section below; they would like to know more.

add a comment of How to quit a Discord server