How To Unlock Mercenary At Risk

The Mercenary is one of the playable characters in Risk of Rain 2. His playstyle focuses on technical attacks and takes advantage of the invincibility his skills grant. As such, he is among the most difficult characters to master. 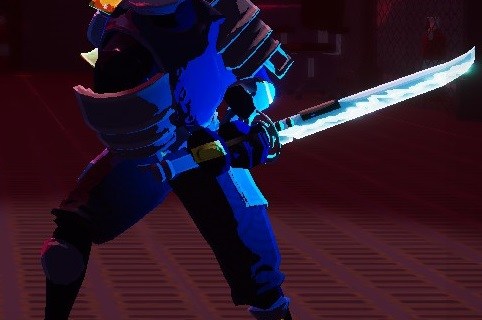 If you're looking to learn how to unlock the Mercenary in Risk of Rain 2, you're in luck. We will cover the methods to unlock it and its skills.

Having these abilities is what makes the Mercenary a difficult character to master. It has a ranged attack, but it's a skill that has a six-second cooldown. The long recharge period is unreliable in some situations.

Instead, you have to dodge enemy attacks and choose when to strike. Luckily, he deals a lot of damage with his attacks, making him a high risk, high reward character. Those who master the skills of the Mercenary can wreak havoc on the battlefield.

The Mercenary is not available at first. To play with him, you need to get him into your roster.

How to unlock the mercenary in Risk of Rain 2

The Mercenary is very popular and many players would love to add him to their roster, but getting him is another matter. There is an element of luck that you need to unlock it. The process involves finding a celestial portal.

Sky Portals are easier to find after completing Rallypoint Delta, which is the case for most players. However, some players have spoken out, saying they haven't encountered any after beating Rallypoint Delta. For these players, they found sky portals at random times in the game.


Some even say they found one before they even finished Rallypoint Delta. Regardless of these reports, one thing is certain. As a player without a Mercenary, you must keep playing until you find one.

With this luck and luck element explained, let's take a look at the steps:

Find a celestial portal and enter

If you manage to find the Sky Portal early, you should enter it. You may never have that chance again.

Interact with the obelisk

The process will cause your run to end prematurely. However, the reward of unlocking the mercenary is well worth it.

How to Unlock Mercenary Skills in Risk of Rain 2

Unfortunately, unlocking this coved character doesn't necessarily allow you to use it "out of the box". The Mercenary doesn't come with all of his skills, and there are a few you need to unlock by completing challenges. Let's take a look at all the skills that need to be unlocked.

Rising Thunder is important to unlock. To get it, you need to complete the achievement named "Mercenary: Sky Demon".

The challenge seems simple, but in reality it requires some preparation. You must stay in the air for a full 30 seconds.

The items you need to stay afloat for the 30 seconds are:

Find a high place to jump, such as a cliff or a tall building. After jumping, you can double jump and use both Blinding Assault and Eviscerate abilities to send yourself to the top. If both skills are unavailable, Whirlwind works in a pinch.

Remember that if your feet come into contact with flying enemies, you have to start over. It would help if you chained your blinding assault ability so you didn't land on anything. The best sequence is to use Eviscerate, then use Blinding Assault before finishing with Whirlwind.

Try to prioritize starting with Eviscerate.

When done correctly you will be in the air the whole time and unlock Rising Thunder.

The achievement associated with the Slicing Winds ability is called “Mercenary: Ethereal”. This achievement requires players to beat a full trial of Prismatic without losing HP or getting hit. Shields don't count as hits, so you can bring them with you to unlock Slicing Winds.

As the prismatic tests change frequently, we cannot give you all the details. However, the goal is simple, avoid damage and complete a trial.

Since the trials are fixed, you only need to master a trial to beat it and unlock Slicing Winds. Keep practicing until you manage to beat the Prismatic Trial without taking any damage.

When playing as the Mercenary, you only have to use 20 abilities in 10 seconds. There are certain items you can equip that make unlocking Blinding Assault trivial.

These items will allow you to use your skills quickly, and after 10 seconds you will have used more than enough skills to unlock Blinding Assault.

Who is the mercenary in Risk of Rain 2?

The Mercenary's identity is a mystery. According to the game, the Mercenary inspires terror in all who hear of him. Beyond that, we don't know much else about him.

What are the skills of the mercenary in Risk of Rain 2?

The Mercenary has many skills to offer if you're willing to put in the work to get them. They understand:

Fade out of existence

The Mercenary is truly a mysterious character, with almost nothing known about him. Even the way players unlock it is weird. However, once you have it on your roster and master its skills, you can enjoy the fruits of your labor and use it to annihilate enemies on the battlefield.

When did you find your first celestial portal? What was your reaction when you faded away? Tell us in the comments section below.

add a comment of How To Unlock Mercenary At Risk