How to Use a Tablet or iPad as a Second Monitor

Second monitors are a great solution for those looking to expand their computer's viewing area. Tablets and iPads can be an affordable alternative to large-scale monitor setups, especially when intended for occasional use.

If you're wondering how to use a tablet or iPad as a second monitor, you've come to the right place. This article shares useful tips and apps you can use to connect the two seamlessly. Let's dive into it.

Connecting a tablet or iPad to a Windows PC can be done through third-party apps. There are many apps out there, but we've picked out three of the best.

Our winner for connecting any device to your Windows PC is the Splashtop app. This remote access tool lets you use your Windows PC from the iPad or tablet with a subscription or for free. The good thing is that the screen mirroring feature comes with the free version.

There are two components of this app. Splashtop, an app you install on your tablet or iPad, and Splash Display, a Windows PC agent.

Follow the steps below for step-by-step instructions on how to connect your iPad or tablet to a Windows PC:

Your desktop should now appear on your iPad or tablet screen, and your tablet is now available as a normal screen.

You can customize the display to get the most out of it. Simply launch the XDisplay app on your Windows desktop and change the frame rate, screen quality, and resolution.

Overall, Splashtop is an inexpensive, cross-platform option, but it's not the smoothest. However, it will do the job just fine without breaking the bank.

Splashtop is a free application that many people use for mirror control of their Windows PC. However, you can also use other apps. Two other options include: 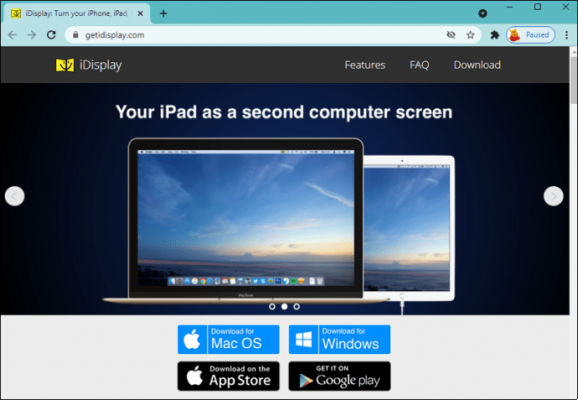 Much like Splashtop, Duet Display works by connecting your iPad and Windows with a charging cable. A free Duo app for windows is available, but you have to pay $10 for the iPad version. It's one of the smoothest app experiences if you want to turn your iPad or tablet into a second monitor. 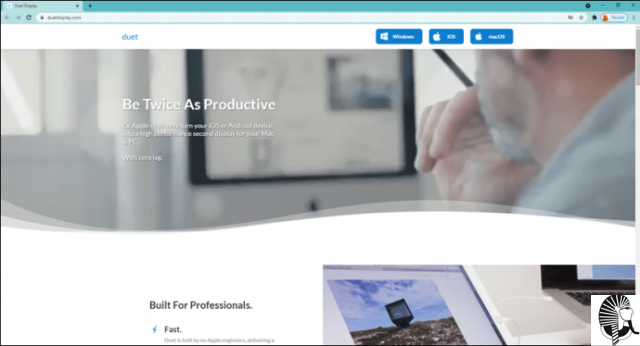 The standard version supports iPad keyboards and will add touch controls to your on-screen computer applications. You can use the "Duet Air" feature that comes with a paid subscription to add wireless connectivity, remote desktop, and enhanced graphics. However, these advanced features require an annual subscription. If you plan to use the tablet for drawing features, you might want to pay the extra fee for a "Duet Pro" subscription.

After installing the app on your desktop and tablet, make sure it is running on your desktop. Then connect the PC to the tablet using a USB key. The connection should be instantaneous and the desktop will be ready to use.

To change display settings, select the “Duet Display” icon on the PC. The default settings generally work well, but may feel sluggish if you're using an older laptop. This is when you can lower the resolution or frame rate.

If you're using an iPad, keep reading this section. If you want to connect an Android tablet to a Mac, skip to the “Alternative Methods” section.

The Sidecar is a great native tool that lets you use your iPad in landscape orientation as a second monitor for your Mac. You can use the tool to view different apps on your iPad or the same as on your Mac.

Make sure Wi-Fi and Bluetooth are enabled on your devices for the connection to work.

To set up Sidecar, first make sure you're signed in with the same Apple ID on your iPad and Mac.

Another way to connect the devices is to use the "Display" in the "Control Center" and the "Display Menu" in the menu bar. You can also navigate to view preferences and use the AirPlay Display context menu.

There is no need to use a cable to connect your Mac and iPad with Sidecar.

Use of the sidecar

If you haven't connected your Mac to the iPad, go to Control Center and click "View". You will see the Sidecar menu appear. This menu is where you can change the way you work with your iPad. For example, you can switch between screen mirroring or using an iPad as a separate screen. You can also choose to hide or show the Touch Bar on your iPad.

Here are some basic commands to get you started:

Alternative Methods to Use iPad as a Second Monitor for Mac

Maybe you have an older version of Mac that doesn't support Sidecar, or you're using an Android tablet. If so, you can still mirror your iPad or tablet screen. Just use a third-party app instead.

The cheapest option is Splashtop Wired XDisplay. To use this app, you need to connect your Mac and your iPad or tablet with a USB drive. Even though this app doesn't provide the smoothest experience, it does the job.

Here's how to connect your iPad to your Mac using this app:

XDisplay offers a pretty decent screen mirroring experience, and it's a great alternative if your Mac doesn't have the Sidecar feature. If, however, you need a more professional approach than XDisplay, you might consider investing in Duet Display. It is a more expensive but better alternative.

Much like Splashtop, there's a separate app for your iPad or tablet and your Mac to install. Note that the standard iOS app is $10. The standard version also uses a cable to connect the two devices. You can pay extra for a wireless connectivity version and other features like remote desktop or enhanced graphics. Finally, for the drawing features, you will also pay an annual fee.

Dual monitor setup in the palm of your hand

Investing in dual monitor setups is a rather expensive undertaking. Unless you really need the whole system, you can just turn your iPad or tablet into a second monitor. Luckily, there are enough great apps out there that help connect devices, and Mac even has a built-in feature that lets you do just that.

This article explains the best ways to use your tablet or iPad as a second monitor. Hopefully they will help you increase your productivity without breaking the bank.

Did you use any of the apps mentioned as a second monitor? Which one do you prefer? Let us know in the comments section below.

How to Mirror Mac to iPad

How to Record Screen on iPad

How to Disable Wide Mode on a Sony TV

How to Use an SD Card with a Fire Tablet