How to use your Xbox One controller on your PC

Considering Microsoft owns both Xbox and Windows 10, it's no surprise that the two play well together. Microsoft realizes that many people prefer to use a controller even when not playing on a console, and they're actively bringing Xbox and Windows closer together with UWP apps, Xbox Mode in Windows 10, and upgrades to Xbox that support it. will play well with Windows. The inclusion of the XInput API in the Windows kernel is also helpful.

Both wired and wireless Xbox One controllers will work on a Windows PC, so even if you only have one or the other, you can still try it out.

To use your Xbox One controller on your PC, you will obviously need a controller, a PC connected to the internet, and ten minutes of your time. The controller will be either USB, wireless or Bluetooth. Everything will work with Windows.

Use an Xbox One wired controller on a PC

The wired controller is easiest to use with a PC. The controller comes with a USB cable for charging, so you just need to plug one end into your PC and the other into the controller. If you're using Windows 10, it should automatically detect the controller and prepare it for use.

My Windows 10 installation downloaded and installed the drivers automatically. He took care of everything and the controller was ready in seconds. This is because Windows 10 has the Xbox drivers installed as part of the Xbox Accessories app.

If you are using Windows 8, you will need to manually update Device Manager.

If everything goes as planned, then you should be ready to start playing with no more worries. But if the automatic download doesn't work, Techspot has the drivers for manual installation. 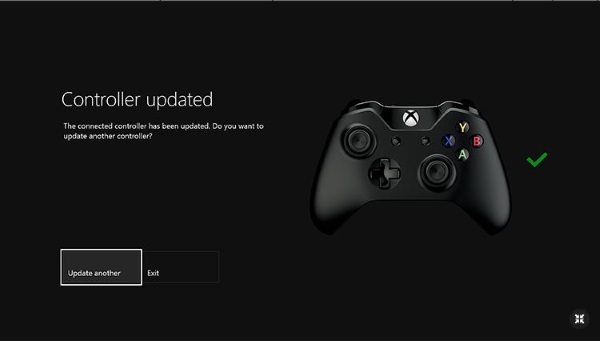 Use an Xbox One Wireless Controller on your PC

To operate an Xbox One wireless controller, you will need a wireless adapter. The Xbox One should have one included, but you can buy one separately if you need. It's not the cheapest dongle you can get your hands on - it's more than half the price of the controller itself - but if you keep your eyes peeled, you might be able to find one of these. occasion too.

To make it work:

The process is pretty painless, considering this is Microsoft we're talking about. As long as your PC is running the Windows 10 Anniversary Update and has a working Bluetooth controller, it should be easy to connect the two devices.

If things don't quite go to plan, or you like to keep up to date, you might want to update the Xbox One controller. You can do this through your Xbox One, as you might imagine, but you can also update it through the Xbox Accessories app in Windows. Once connected, your controller will be scanned by the app and you may see an “Update Required” message on the screen.

Follow the update wizard in the app to complete the process. It only takes a few minutes and takes care of everything for you. Once updated, your Xbox One controller will be ready to use.

Use an Xbox controller on a PC

Using your Xbox One controller on your PC is very simple, even in the worst case scenario. At best, plug and play is plug and play, with Windows taking care of everything automatically. Even if you don't, updating drivers and pairing devices only takes a few minutes, and then you can play as hard as you want!

Did you have any problems connecting your Xbox controller to your computer? Are you excited for a new game coming to PC? Share your thoughts and experiences below.