Install iOS 8 on an iPhone 4S, why not but be careful! 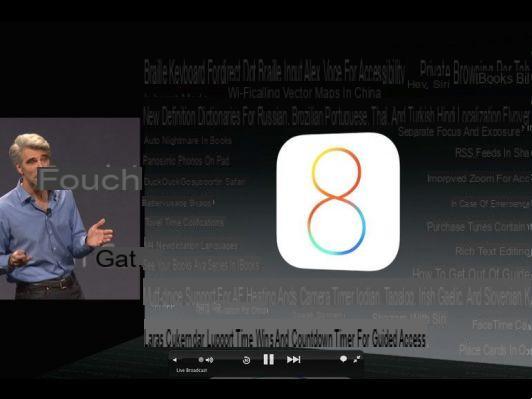 It's the swan song for the iPhone 4 which will not be able to accommodate iOS 8. A venerable iPhone 4 which will therefore end its career with the few new features of iOS 7 released in September 2013. A good longevity and support for a machine released in 2010, at the same time as a Galaxy S which has not evolved since 2011 and Android 2.3.6 Gingerbread.

Support from Apple, cut off by a good number of possibilities and very questionable in 2013 for our glorious iPhone 4. Slowdowns galore and not all the new features, the question of installing iOS 7 arose.
This year, the problem will be different on the iPhone 4S animated by a dual-core configuration more solid than its ancestor and managing without too much difficulty iOS 7. It will be the same with iOS 8 whose heart is not much different. We were able to test the different betas of iOS 8 on iPhone 4S up to the pre-final version, the Gold Master (GM) and we didn't notice any major slowdowns.

Little slowdown but slowdowns all the same expressed in milliseconds on the final version of iOS 8 for our iPhone 4S and not far from an additional second to launch Safari all the same. The few bugs observed on the GM tested on the same iPhone 4S, such as the WiFi connection problems, seem to have disappeared.
To watch all the same, just like the autonomy which seems to us to be significantly lower with this new iOS 8, richer in features but also more greedy!

Another option is to let the iOS 8 rush pass and see any bugs. An iOS 8.0.1 version could arrive in the coming days and it should correct the shortcomings of this iOS 8. Finally, be aware, and it is rare enough to recall it, that almost all the new features of iOS 8 will be ported to the oldest iPhone still sold. Only the Continuity functionalities will be absent from the iPhone 4S.

And for those who still want to get started, we thought of you with this tutorial explaining how to download and install iOS 8. And to avoid problems, think before installing to have prepared well your terminal.

See also: iOS 8: how to revert to iOS 7 after the update?

Audio Video Install iOS 8 on an iPhone 4S, why not but be careful!
Install Kodi on Android TV: Turn Your Android TV Box Into a Kodi Streamer ❯

add a comment of Install iOS 8 on an iPhone 4S, why not but be careful!