iOS 14 / iPadOS 14: here's how to install the beta for developers 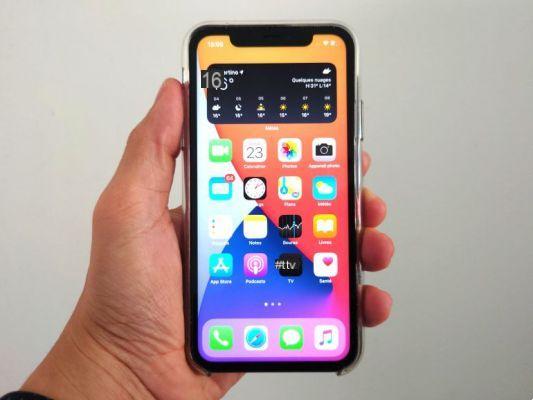 The latest OS update that will power compatible iPhones and iPads, it includes home screen widgets, a new and improved Siri interface, a revamped Messages app with better group chat features and many other novelties.

Reminder: this is a preview for the developers

There's a reason Apple initially limited beta access to iOS 14 and iPadOS 14 to developers: bugs. Some applications will not work, the autonomy of your terminal will be altered and there will undoubtedly be restarts as well as random crashes. This is all part of the process of integrating an operating system.

Do not install iOS 14 or iPadOS 14 on your primary device. Instead, use a secondary iPhone or iPad if you have one, otherwise at least wait for the first public beta. My advice ? Wait even longer. The closer we get to the official release, the more reliable the experience becomes. During the public beta, four or five things are usually stable.

That said, if you're prepared for trouble, here's how you can install iOS 14 and iPadOS 14 right now.

The public beta for iOS 14 and iPadOS 14, as well as TVOS and WatchOS will be available in July.

When will the public beta arrive for everyone?

Apple has announced that it will once again allow non-developers to install iOS 14 and iPadOS 14 before its official release this fall through a public beta. No specific launch date has been announced, but Apple said this program will launch in July.


Which iPhones and iPads are supported?

iPhone and iPad models compatible with iOS 14 or iPadOS 14 are those that could already support iOS 13 or iPadOS 13. Here is the complete list:

For now, you must have a paid Apple Developer Account to access early beta builds. A paid account costs 99 euros per year and gives you access to the publication of applications in the App Store as well as all beta versions throughout the year. If you have a developer account, visit this page dedicated to you.

You will need to factory reset your iPhone or iPad then restore its data from the last backup you created when it was running iOS 13 or start from scratch.

I suggest you create an encrypted backup using Finder on Mac or iTunes on PC just before installing the beta. This way you will have a recent backup in case there are too many bugs or issues to deal with.

add a comment of iOS 14 / iPadOS 14: here's how to install the beta for developers