Microsoft Store: a new feature "Install on my devices" in test


Android smartphone or tablet users can use their PC's browser to visit the Google Play Store and trigger the installation of apps on a different device. Microsoft could also offer this functionality on its application store.

Visiting a page of the web version of the Microsoft Store from a Windows 10 PC automatically triggers the opening of the application on the corresponding product sheet. On another PC or from another device such as a smartphone or tablet, you only get the mention "This application does not work on your device".

This could change according to the Bleeping Computer site which was able to test the installation on a different device. Connected to a Microsoft account, by visiting the page of an application that had already been installed with this account, a user was offered to install an application on one or more of his Windows 10 devices via the mention "Install on my devices". When clicking on this button, a window lists the available devices. 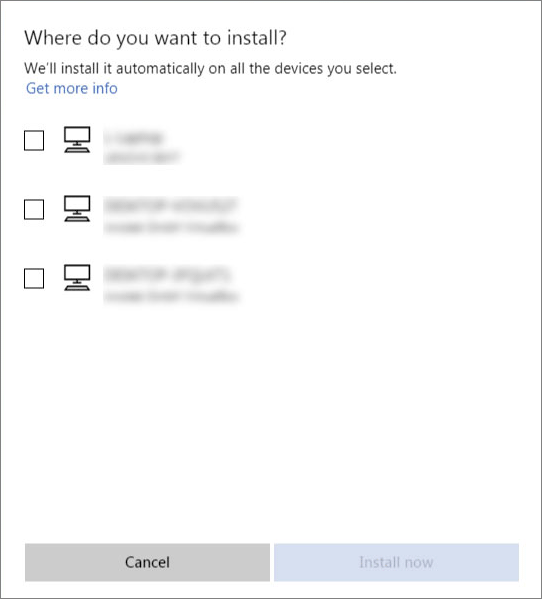 Contrary to the operation of the Google Play Store, however, the installation did not start immediately but after about fifteen minutes. The feature is therefore in testing but does not seem to work without a hitch yet.

The button is not yet showing on all accounts, Microsoft apparently doing random tests with certain users or on certain files, this was the Netflix application. Asked by the site in question Microsoft has neither confirmed nor commented on this possible new feature.

add a comment of Microsoft Store: a new feature "Install on my devices" in test