Rules of Survival Cheats: Top 7 Tips and Tricks - How to Win Every RoS Game

In this game, being the first to land is very important, especially against other opponents. However, that doesn't mean you have to be the first out of the plane; that means always landing in the right place before your opponents.

As you descend, control yourself directly on the ground like a rocket. When it's almost on the ground, don't worry about opening the parachute because it will open automatically. So, avoid opening it because it will waste a lot of time allowing your opponents to land in the right place.

When you land first, you'll have the chance to pick up some good loot and be able to take out opponents who were slower to land.

On the map, there is loot almost everywhere, whether you are the first or the last to land. Always memorize where buildings are and what to expect in that area. When playing, be sure to look at the minimap.

Playing individually using the minimap will let you know most parts of the area on the map. Make the most of the jump by going to the point where at least there is one building securing the loot and one that is close.

Beware that the upper areas always have the best loot and are extremely crowded. The best idea is to go out of the common and eliminate them one by one. Sometimes your opponents unknowingly eliminate their players, giving you an extra edge. 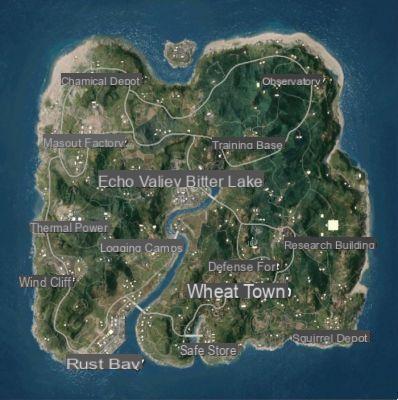 To be the last to stand out in Rules of Survival, always minimize lag-related issues. Play this game only when you have a good internet connection or a reliable Wi-Fi network. Troubleshoot and fix this issue, if any, before starting the game.

4. Always be on the move

When playing this game, you are always on the move, except when your opponent is nearby, and you can easily be taken out of the bush. By always moving, it will be difficult for your opponents to target and knock you out of the game.

Most opponents stop shooting; If you can shoot your opponents while moving, then that's better because it will give you an advantage in close quarters battles.

When playing this game, sound is important. Identifying where they come from will help you easily locate your competitors. You'll get visual indicators of your opponents on the compass, but they're hard to track. Hearing it for yourself is the best option for triumph as it helps you notice where footsteps and shots are coming from.

Another important tip is to use helicopters that constantly fly to your advantage. When they move above you, they make a lot of noise allowing you to run around without being heard.


6. Have the best weapon

In this game, without having a good weapon, sure you won't get much. The best weapons in Rules for Survival include scope and assault rifles. When you start the game, you may not have a good weapon, but you are always looking for one. AK-47 and M16 are excellent weapons, don't forget to use scopes and silencers.

One of the important tricks is to close the doors behind you. This strategy works best early in the game because your opponents will think no one has visited the building yet. Also, when incoming players try to open the door, you will be able to hear the noise giving you the opportunity to position yourself and kill them.

For you to stand out in this game, always use the cheats, cheats and strategize well. Find cover, hide behind doors and windows or fences, find a good spot that will allow you to eliminate your enemy with ease. Always use everything at your disposal and enjoy the game.


How To Win Every Game - Cheat Rules / Survival Tips

About Rules of Survival

Play Rules of Survival on PC

If you liked this guide, don't forget to rate and share. Also, if you have any other Rules of Survival tips, tricks, cheats, or strategies, share them in the comments below.

add a comment of Rules of Survival Cheats: Top 7 Tips and Tricks - How to Win Every RoS Game