Screen Mirroring Phone, iPad or Laptop to TV: How to Push Your Phone to the Big Screen

In 2022, virtually everyone has a screen in their pocket at all times, but if you're in the comfort of your own home, you don't want to be limited to viewing photos and videos on your phone's relatively small screen. . Screen mirroring is the perfect answer to that. Your TV is probably 32 inches or larger and at least 1080p, so it's perfect for displaying content. The good news is that there are plenty of different ways to mirror your screen on any modern TV.

This article explains how to mirror your phone, tablet, or PC screen to your TV using various methods, including an HDMI cable, Chromecast, Airplay, or Miracast.

Screen Mirroring: How to Connect a Laptop to a TV (Using an HDMI Cable)

To mirror your PC or use the TV as a second screen, you need to purchase an HDMI cable compatible with your device and an adapter to convert the video output to HDMI, unless you get a cable that does.

For Windows laptops, you need either a USB-C, mini HDMI or HDMI to DisplayPort, HDMI or SVGA (older monitors) adapter or cable. You can find cables that convert to a specific video output connection, but it is recommended to purchase an adapter in order to have versatile capabilities, like going from mini-HDMI and USB-C to SVGA (older monitors), DisplayPort, Mini DisplayPort and HDMI. An adapter often brings you more video display options, capable of other video connections. 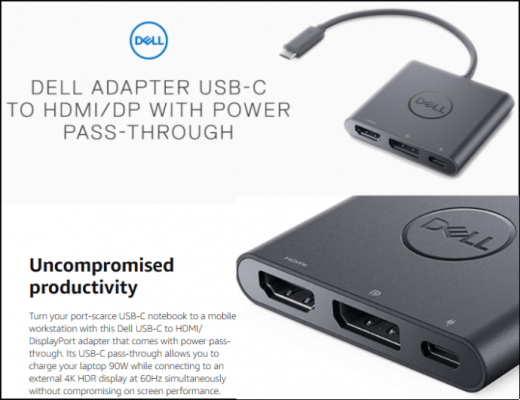 Connecting your Windows 10 laptop to your TV

Once you have obtained the appropriate adapter or cable, it is time to establish the connection with your TV.

For Mac, you need a Thunderbolt 1 or 2 (mini DisplayPort) or Thunderbolt 3 or 4 (USB-C) to SVGA (older monitors). DisplayPort or HDMI adapter depending on your Mac model or available options and source input capabilities. 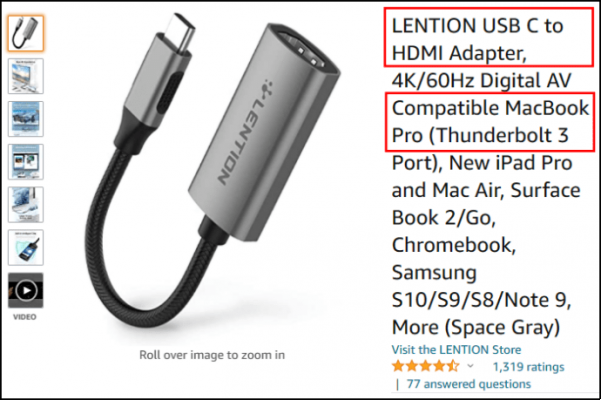 Amazon has Thunderbolt 4 to HDMI adapters and several other products for Windows and Mac laptops, and most retail stores carry them as well.

Connecting your Macbook, Macbook Pro, or Macbook Air laptop to your TV

Once you have the appropriate adapter or cable, it's time to connect your Mac to the TV to mirror your screen or extend it. Here's how.


How to Mirror or Extend Your Laptop Screen Using Bluetooth

If you have a smart TV with Bluetooth capabilities, you can also mirror or extend the display by pairing it with your Windows 10 laptop, Macbook, Macbook Pro, Macbook Air, or even an iPad.

Wirelessly mirror or extend your Windows 10 laptop to your TV

Tip: Amazon makes its own HDMI cable and it's as good as something you'll pay full price for.

Most modern PCs can be physically connected directly to a television. A desktop system will usually offer at least one full-size HDMI socket, and some larger laptops do as well.

When you connect a TV to this socket, it will automatically detect it: if you have already connected a monitor or a laptop screen, your TV will be configured as a secondary screen by default. If you prefer it to mirror your primary display, you can set it in Windows screen resolution settings – or you can just press Win + P to bring up a quick set of second screen options.

If you're using a laptop, you're more likely to use mini-HDMI or micro-HDMI than the full-size connector (mini-HDMI looks like a scaled-down version of regular HDMI, while micro-HDMI is almost identical in size and shape to micro-USB). If you're lucky, your laptop will come with an adapter; otherwise, you will need to purchase a mini or micro-HDMI to HDMI cable.

Another possibility is the mini-DisplayPort: this too can be connected to an HDMI TV with the right cable, or via a simple adapter. Signals can also travel on a high-speed Thunderbolt bus, so you might be able to connect your TV to a Thunderbolt port.

Both HDMI and DisplayPort connections can carry sound as well as vision, so a single cable should do all you need – but you may need to manually switch audio devices to get sound to play through your TV. You can do this by right-clicking the volume icon in the Windows system tray, selecting playback devices in the context menu, by selecting the appropriate device and clicking on Define by default.

Configuring mirroring on an Android device

Screen Mirroring: How to Connect PC/Android Phone/Android Tablet to TV (via Chromecast)

Google's Chromecast plugs into the back of your TV and mirrors web pages from the Chrome web browser, using your home wireless network to connect to a laptop or mobile device running the browser.

This lets you stream any video over the internet, and even locally stored files by dragging them directly onto a Chrome tab and casting it. Chromecast streams up to 1080p, and in most cases it delivers smooth, stutter-free video.

That's not the end of Chromecast's talents, however. For those occasions when you need to show an app on your TV that doesn't support Chromecast built-in, it's also possible to show the entire desktop content of your PC or Mac.

Screen Mirroring: How to Connect a PC to a TV (via Miracast)

Since 2013, the Wi-Fi Alliance has deployed the Miracast wireless display standard, using peer-to-peer Wi-Fi Direct to enable point-to-point connections between devices without the use of a router.

Miracast devices allow video streaming up to 1080p and 5.1 surround sound, and the connection is secured using WPA2 encryption. Content is streamed directly through your device, which means Miracast devices – unlike Google's Chromecast – don't need an external internet connection. Think of it as HDMI over Wi-Fi.

Sounds good, but how do you use it? Well, to start with, you will need your devices to support Miracast. This shouldn't be a problem with newer devices, but older devices may require a Miracast adapter, which can be plugged into the HDMI and USB ports.

In terms of operating system, you will need Windows 8.1, Windows Phone 8.1, Android 4.4, BlackBerry 10.2.1 or higher. OS X and iOS do not work with Miracast, as Apple uses its own AirPlay technology. On the receive side, most TVs released in the last few years will have built-in Miracast support. If your TV is older than that, then you will need to purchase a Miracast dongle, such as Microsoft's Wireless Display Adapter or Asus' Miracast Wireless Display Dongle.

Buying an adapter that matches the brand of your phone, laptop, or tablet is a good choice, but the Miracast connection should work on all devices, regardless of brand.

Screen Mirroring: How to Connect iPhone or iPad to TV (via AirPlay)

If you're using a Mac dated 2011 or later, Apple's exclusive AirPlay system lets you mirror your screen wirelessly to a TV. It's an extremely simple system – when mirroring is available, the AirPlay icon appears in the menu bar (a square with a triangle pointing at it); click on it to open a drop-down menu that displays the option to enable or disable mirroring. AirPlay lets you use your TV as a secondary display so you can play videos on it at its native resolution while keeping your MacBook or iMac screen for desktop apps.

The catch is that AirPlay requires an Apple TV box connected to your TV (it detects this box which tells OS X to show the icon). Still, AirPlay is an extremely simple system, and while there's still a small amount of visible lag, the mirrored display is more responsive than WiDi. AirPlay also has the advantage of working with iPhone, iPad and iPod touch.

If your computer doesn't have any of these ports, you still have options. Many TVs offer a standard 15-pin VGA socket, so if your laptop or desktop computer has an analog VGA connector, you can use that to plug it in. However, VGA does not carry audio, which means you'll want to connect a second cable from your PC's audio out jack to your TV's audio in.

It may also be possible to use a DVI connection. If your PC has a DVI-I socket, you can use a simple DVI to VGA adapter to connect it to a 15 pin socket on the TV and connect the sound via a separate cable as described above.

If it's a DVI-D socket, that means it's digital only, and your only option is to use a DVI to HDMI adapter cable to plug it into an HDMI socket. This might seem more convenient than using VGA, but DVI doesn't carry audio, and your TV probably won't offer the ability to play audio from an external source while displaying HDMI video. So if you want sound, you'll have to use a separate amplifier (or your laptop's internal speakers).

You can tell what type of DVI plug your computer has by looking at the long, flat opening on the left side of the port: if it's surrounded by four pinholes in a square pattern, it's DVI-I. If the flat hole sticks out on its own, with no other holes around it, it's DVI-D.

The Cast icon now appears on multiple devices and in multiple apps. Take Facebook, for example, suppose you scroll through your Facebook News Feed and see the symbol; when you press it, it connects to your TV. For smartphones and tablets this is one of the easiest options as no tools are required (both devices need to be connected to the same wifi network but that's really all).

Once you tap on the broadcast icon, your device will start searching for something nearby to show the content. Click on the option for your TV (or a game console, Firestick, or other method connected to your TV). There will be a short pause, then the...

Audio Video Screen Mirroring Phone, iPad or Laptop to TV: How to Push Your Phone to the Big Screen
Mobile Legends: Bang Bang – How to Get Free Battle Points and Diamonds ❯

add a comment of Screen Mirroring Phone, iPad or Laptop to TV: How to Push Your Phone to the Big Screen