Super Stick Fight All-Star Hero: Chaos War Battle is a fighting arcade that brings together brave heroes from different universes on a space platform where they must decide who is the best. Choose from a wide variety of heroes, level up and improve your champion, select the preferred mode and prove excellent combat skills to reach the top spot in the multiverse leaderboard.

The game features a huge selection of 142 heroes ready to defend your honor in the multiverse. You'll start with a limited number of heroes available, then unlock more and more as you progress through the game. The fighters barely have any common traits, as each of them is a unique personality with talents specials and a distinct appearance.

The road to multiverse stardom is full of obstacles. Rival universes have sent the best fighters to challenge your rise to glory and prove their superiority over other worlds. The only way to stand against their stunning fighting styles and ferocious attacks is to become as good as them.


Each victory you achieve against weaker opponents rewards you with cash, which you can invest to improve your hero's skills and prepare him for stronger encounters. Each time you level up, an upgraded version of your fighter is unlocked, so be sure to activate it. Investing in training your champion is also crucial to making them better.

Spells are a great way to gain the advantage over your opponents. They endow your fighter with superpowers that catch rivals off guard and cause them to lose a lot of health and fighting ability. There are a wide variety of spells you can use.

Some of the most effective are: the Dragon Punch, sending an explosive jet of fire at your enemy, Spider Web, wrapping a huge web around the opponent reducing their mobility, or Thunder Lightning which stuns the opponent with a blinding flash that causes him to lose combat ability for a few seconds. Other amazing spells you should try include Roar of God, X Beam, and Great Fox.

You get free access to several modes. Versus mode pits you against artificial intelligence, while PvP mode lets you fight against real people. Opponents will be chosen by an AI system that evaluates your level and skills and suggests a rival with similar characteristics.

You can join the Survival Challenge mode where you will fight with other players online until the last hero standing. Don't forget to also enter practice mode regularly to improve your champion's abilities.

Enjoy an immersive storyline with 11 chapters that finds you deeply connected to the fate and evolution of your hero's personality. Start as a mediocre amateur to evolve from a promising fighter with exceptional skills to a legend of the multiverse. Overcome challenges and lead your hero to glorious victories, while improving his appearance and fighting style.

If you liked this article, don't forget to rate and share. Also, if you can't run Super Stick Fight All-Star Hero: Chaos War Battle on PC or any other problem, write in comments below and we will help you. 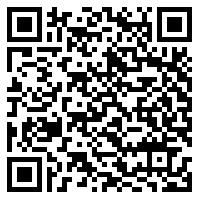