Unison League is a popular role-playing game featuring brave heroes and magical creatures. If you're interested in playing a new fantasy RPG, keep reading for a guide to playing Unison League that's full of helpful tips and cheats for more gems.

As soon as you start playing Unison League, it's a good idea to join a powerful guild. By being part of a guild, you will be able to earn free gems by participating in multiplayer guild battles. Even when you're a low level player if your guild mates are strong, you can always earn valuable gems.

Make sure you are part of an active guild.

If your guild members frequently start guild battles and embark on adventures together, you will earn many valuable rewards. However, if you join a guild that has inactive members who are not interested in guild activities, it is worth leaving and trying your luck with any guild.

The best quests to complete are undoubtedly master quests as they offer gems which are the most valuable commodity in Unison League.

Use your gems to increase your inventory and storage space.

It's worth saving some of your gems to increase your inventory as well as your storage space. Like trying to progress through the game without upgrading your inventory and storage, you'll quickly run out of space to store essential items.

You can also earn gems by collecting your daily bonuses. As good as earning free gems you will also earn valuable items and free coins.

On a regular basis, you will be able to participate in limited-time events that offer rare and lucrative prizes as well as gems.

If you're excited to pick up a rare piece of gear, you may not be able to equip it until you accumulate enough gear points. In order to earn gear points, complete simple and easy to beat quests that will provide you with gear points to equip rare items such as weapons.


Learn how to reforge items.

You also have the option to learn how to reforge items instead of augmenting them. When you reforge items, your stats increase significantly. However, be aware that there is a downside to reforging items which you will need to collect rare materials to reforge your items.

While it's natural to pay more attention to your primary gear, your under-gear also has a positive effect on your stats. So always make sure you have under gear for your hero. Just keep in mind that it is possible to run out of under-equipment slots and you may need to purchase additional slots in the future.

Remember that you can change your character class as often as you want.

So, if you don't want to make any rookie mistakes when you start playing Vision League, it's worth remembering all the proven tips and tricks that are listed above. 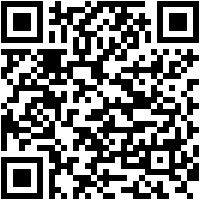 How to Add Mods to Minecraft

add a comment of Unison League guide: How to get more gems - tips and tricks