Windows 10 mobile: which compatible models and how to install?

Microsoft has made the latest version of its Windows 10 mobile system available to Windows Phone smartphone users. However, not everyone will be able to benefit from it. Some models have been set aside to preserve a good user experience according to the publisher.

The lucky ones therefore have the opportunity to give their smartphone a facelift in the best conditions, if we are to believe Microsoft. But how do we do it exactly? Some preliminary steps may be necessary even if an installation helper application is offered to assist users.

Most of the models on the list provided by Microsoft are logically Lumia. For some it is specified a mention "1 GB" when a version with a lower memory quantity has also been put on sale. There are also three models from third-party manufacturers.
The others had reason to hope in view of the declarations of Microsoft which wished to deliver Windows 10 mobile to all Lumia. This will ultimately not be the case even if it is not clearly indicated that this is a definitive list. They will however console themselves with the Preview version of Windows 10 mobile, which is more widely distributed, but the possibility of using it could only be temporary.

Before getting down to business, those who want to get started should however take some time to secure the process and thus optimize their chances of success and avoid unforeseen bugs. A few preliminary actions could help them.

First of all, you have to take the time to do a little cleaning on the smartphone. This can involve deleting unnecessary applications or checking for the latest updates available. Above all, it is necessary to free up disk space by deleting unnecessary files in the memory such as music or photos. In any case, saving on a computer will avoid any risk of loss in the event of a problem. 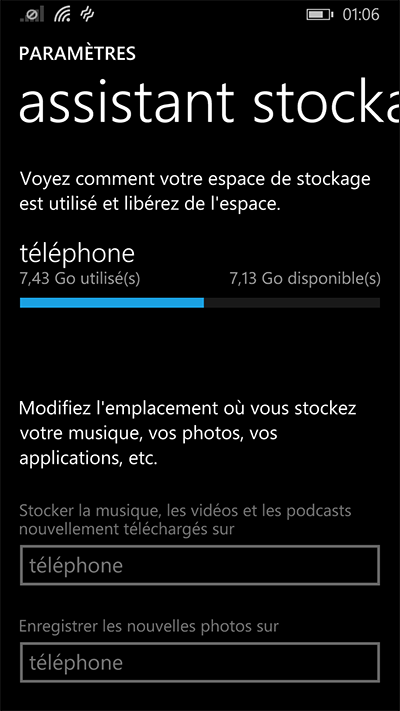 On the other hand, updating a complete system, even for smartphones, requires the downloading of a large amount of data and the use of a lot of resources. It will therefore be necessary to ensure that you are connected to a wifi network of the best possible quality and to ensure that you have recharged the battery to its maximum. A power cut in the middle of the process could seriously crash the device.

Microsoft has made available an application that offers the help of a wizard to check all compatibility points or blocking situations. Upgrade Advisor is available for download, a simple search in the Windows Store will find the file.

After downloading and installing the application checks if the phone is indeed eligible. It also checks if there is enough disk space available and can offer to transfer content to OneDrive or an SD card if the phone has the option. 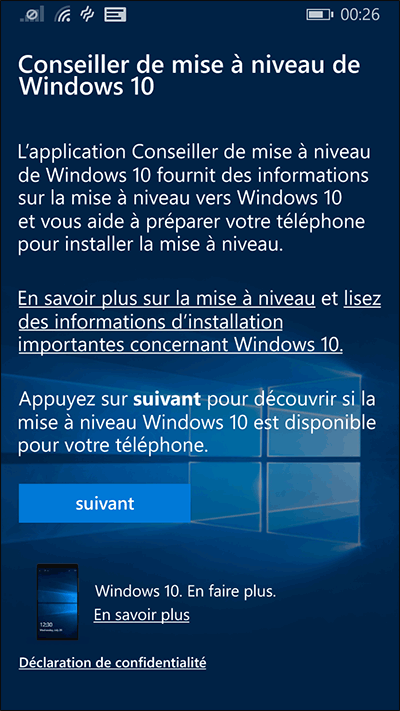 Finally, the application ensures that the mobile is using the latest version of Windows Phone 8.1, a prerequisite for switching to Windows 10 mobile, then offers the user to tick a box to indicate his wish to carry out the update. After this process, the update is triggered in the classic way by going through the phone settings in the "phone update" section.

Insider Program registrants who are already using a version of Windows 10 Mobile can simply go through updates to grab the latest version. This includes those who have a smartphone not listed as compatible, however they will probably not be able to install the new Previews of the Redstone branch.

add a comment of Windows 10 mobile: which compatible models and how to install?