Windows 11: how to install a trial version on your PC

Update August 31, 2022: Microsoft has been offering Windows 11 installation ISO files for several days to perform a fresh install on a PC. A paragraph has been added with this information.


When Microsoft developers started creating Windows 11, they probably didn't know it was a new system. Those who have not followed the previous development stages of Windows 10 may have heard about the major versions to come, including the one that includes the redesigned layout, but also the Windows 10X project, which was eventually abandoned.

It is these multiple new features considered over the last 18 months that finally led Microsoft to "pack" everything into a new system. Windows 11 is the result. New clean design that includes the Start menu moving by default to the center of the taskbar, a new layout for settings, new sounds, new icons in the browser, and the integration of a Microsoft Store that includes Android apps, etc.

If all this makes you want to get hold of it before anyone else, and at the same time follow the various steps until the final version, it is now possible to install it officially. But beware, this is an unstable and not finalized version. Therefore, it is best to reserve this for those who have a second PC where an operating error would not be a problem.

Can my PC install Windows 11?

First of all, we should focus on compatibility. On this point Microsoft has set the bar a bit high and could revise its judgment for the final version. On the other hand, for the Windows Insider testing program, some flexibility is required. The publisher tolerates certain PCs to test development versions. However, they will not necessarily be entitled to the final update, but this makes it possible to use a somewhat outdated PC for testing. 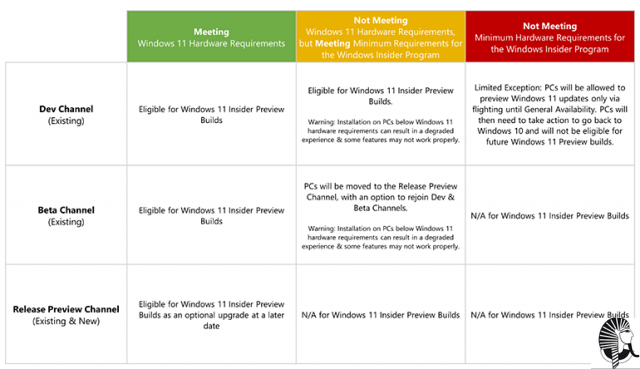 To test compatibility, use this software that will color-code what the blocking points are on your current system for the final version of Windows 11. 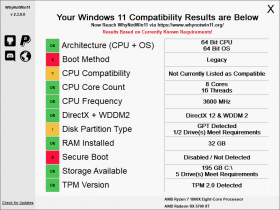 WhyNotWin11 is a small utility that will allow you to test your system to see if it is compatible with Microsoft's new operating system, Windows 11.

Make sure your computer is running an activated licensed version of Windows 10 and that you have the latest updates. You also need to use a Microsoft Account and not a local account.


Then go to the settings in the "Update and Security" section: 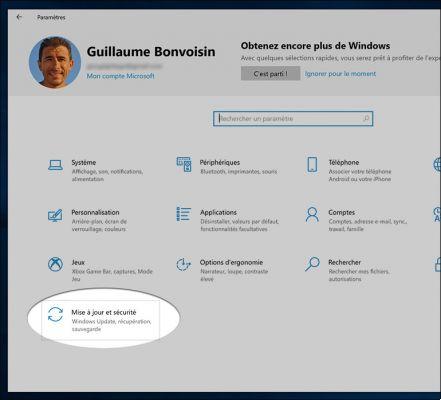 Go to the "Windows Insider Program" section. If you are not already enrolled in the program, click "Get Started": 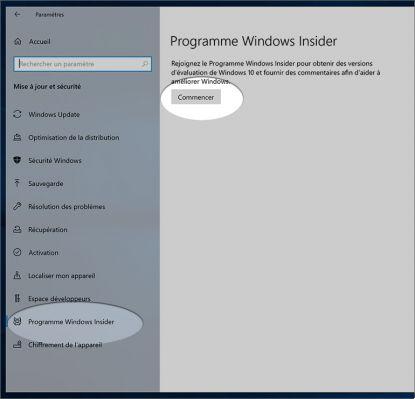 You must link your Microsoft account, the same one you use on this PC: 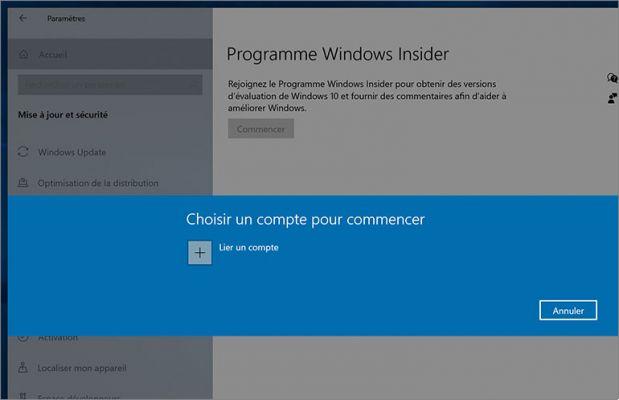 Here it is imperative to choose the "Dev Channel", the others are currently reserved for development versions of Windows 10: 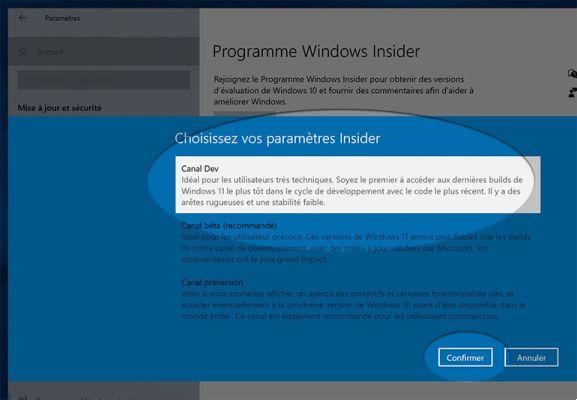 You must then restart your computer for these changes to take effect.

After that quick reboot, go to Update and Security settings, then check for updates. Windows 10 will retrieve the Windows 11 version. Depending on the speed of your Internet connection, this step can take a long time. Once completed, you will be prompted to reboot. 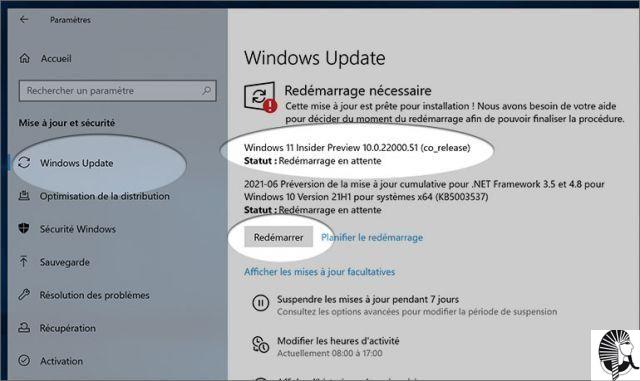 This new reboot is going to be quite long and depends on the power of your computer. When the system has booted, you are in Windows 11 and can start browsing, through the start menu of course. 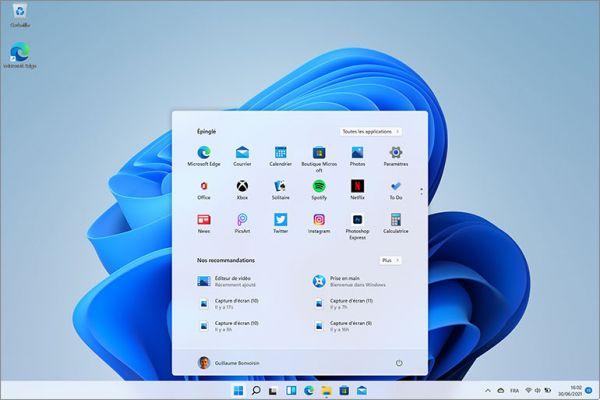 The explorer and its new icons. 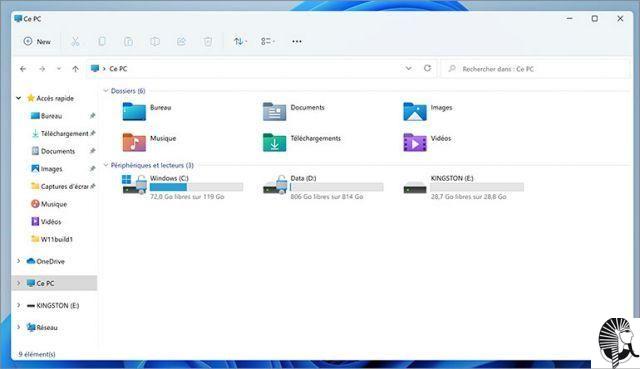 Or the new look of the settings that we had not yet seen in the unofficial version. 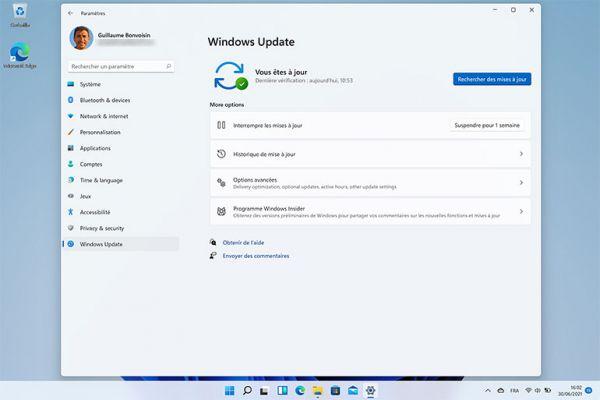 Since the end of August, Microsoft has provided users with Windows 11 installation files in ISO format. This allows you to install the system without having to go through this Windows 10 upgrade procedure and at the same time test the installation procedure.


To perform this action is the same procedure as for installing Windows 10. It is possible to run the file directly from a running system by right-clicking > "mount" and running the "setup.exe" file. It is also possible to create a bootable USB key with software such as Rufus. In all cases the ISO files are in retrieve on this page by logging in with a Microsoft account that joins the Insider program (free and open to all). 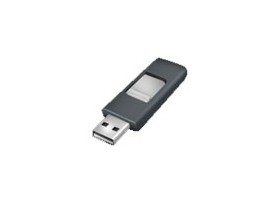 Rufus is a utility that helps to format and create bootable USB drives. It can be especially useful in cases when you need to create USB installation media from an ISO file.

Patience for the final version

Members of the Windows Insider program will be the first to be taken care of because they will then have the possibility to switch to the beta versions, which are a little more successful, after a few days before the official release to the "Release Preview" version generally known to be the closest to the final version. Finally, they will have the option to leave the Insider program by installing the final Windows 11.

However, be careful, this is only valid for PCs that have hardware that is fully compatible with Windows 11. Others will have to revert to the latest version of Windows 10.

If you prefer to wait without testing but have a compatible PC, be aware that Windows 11 will not be available as an upgrade version of Windows 10 when it is released. It will first be present on PCs sold new, then it will be offered as a free upgrade a few weeks or months later, in early 2022.

Audio Video Windows 11: how to install a trial version on your PC
Windows 11 is here, Microsoft tools to install or upgrade Windows 10 ❯

add a comment of Windows 11: how to install a trial version on your PC