Windows 8: no longer need a CD to reinstall your PC 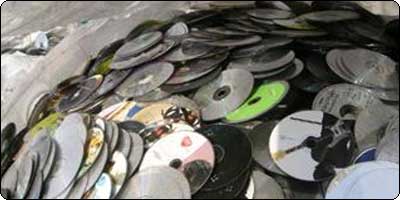 Microsoft will allow users to update their version of Windows 8 thanks to a new tool very largely inspired by the restoration systems of portable machines. No more need for CD, a few clicks will be enough to update a Windows or to find its original installation.


How many of you have ever been called by an acquaintance who found that his Windows PC was lagging? Once there, in front of the monstrous collection of installed programs, files of all kinds, spyware and other "toolbars" in the browser, you gave up the gentle method and completely reinstalled Windows.

Microsoft has apparently become aware of this usual rotting of the system and will offer several options to restore your PC. With manufacturers ever more stingy with installation CDs (under various pretexts such as ecology) the situation was becoming almost unmanageable for Microsoft.

The idea is therefore to offer the possibility of restoring Windows, in several ways. The first is perhaps the most interesting since the system will reinstall Windows files without affecting your own programs. No more running for the DLL lost or corrupted by a third-party program, this should make it possible to find a slightly more stable base quickly.

The other method is more conventional since it involves finding your original Windows, the one you had when you purchased your machine. This method consists of "overwriting" the data of your PC with similar and clean data from a compressed image stored on your disk. This solution is widely used by major PC manufacturers on their machines in order to limit the cost of consumables (more DVDs provided) and to avoid tedious hours at the hotline...

However, several questions arise: First, the disk space occupied by this image on a disk. If this increases Windows 8's hold on a low capacity SSD, it may be problematic. Other concerns, what to do in the event of a disk crash? A hardware problem can therefore affect your machine but also prevent you from simply reinstalling your software on a replacement disk...

Will it be necessary to make an image of the image on an additional storage to be sure to quickly find a usable station?

add a comment of Windows 8: no longer need a CD to reinstall your PC